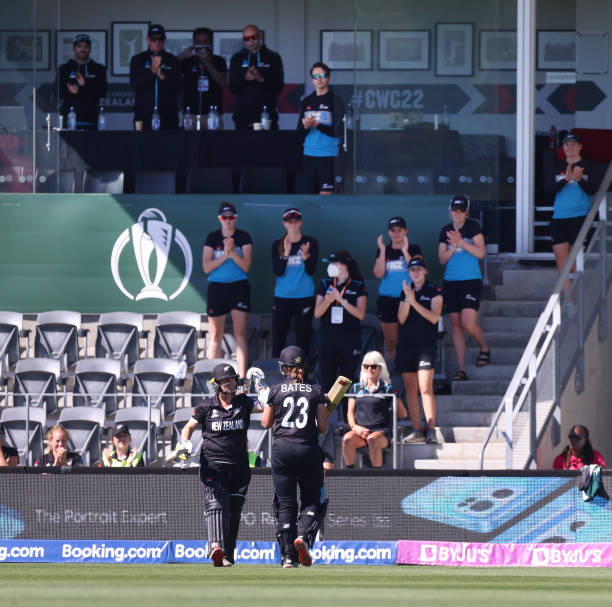 In between millions of ifs and buts, the only thing everyone knew about White Ferns even before the start was that this would be the final World cup for a few Fern in the team. One of them was Katey Martin.

The ‘banker’, the ‘chatterbox’ or the beloved Bert has been a loyal servant for both Sparks and Ferns for so long that, her debut came even before the birth of her new teammate Fran Jonas. She absolutely hates it when someone reminds her of that but again, it’s been that long and she is still good at it, even today.

An international career that started 19 years ago, could have ended with a trophy at home-and it deserves one too-but nothing really went as planned, as White Ferns stepped out for one last time on Saturday for their final group match.

In front of an incredible Hagley Oval crowd, a few emotional faces were trying their best to hide tears and were shouting their heart out during the national anthem but the emotions got the best of a few but it overpowered Martin. She was in tears. Heads down. You don’t see that very often. You don’t want to see that at all but at some point, she is human too. She was hurting too.

A couple of days ago, when the team narrowly lost against England, Martin was on her knees, visibly shaking. It was a moment of vulnerability and helplessness. She saw her dreams depart in front of her eyes as the world stood still before the White Ferns.

On Friday, when full crowd capacity was announced, Martin wrote a beautiful note to thank the fans for their support and urged them to return for one last time. She knew she was there to inspire the next generation.

After the national anthem, Suzie Bates, her best friend, her Ernie, was the first to console her. They shared a big high-five as they walked back to the dressing room. It was one such day. People choose to show emotions differently and probably, Bates was batting for Martin too.

Nobody knows Bates better than Hockley. Bates grew up watching her and Hockley watched her grow in front of her eyes. Mind you, she is the President of the NZC Board. When she tells that she would run in and celebrate when Suzie Bates gets to her 5000 ODI runs, we knew it was happening.

Bates Ten deliveries later, Bates began her game. A beautiful drive past Baig, a flick to four, a whip that went past square-leg, a wonderful wrist work through mid-wicket, A pull to deep mid-wicket, A slap, back over the bowler’s head, a punch through the cow corner, delicate touch through mid-on and a sweep to bring up her fifty.

She didn’t drop after that even when wickets tumbled at the other end and 21 minutes later, a touch to the third man brought her 5000 ODI runs.

As she celebrated it with Green, Hockley kept up her promise as she ran down from the commentary box, stepped inside the boundary with a barefoot and applauded Bates.

She didn’t take so long to get to that triple figure. A pull behind square took her to the hundred. As the crowd went berserk, she acknowledged them before running in to hug Halliday.

Bates took the team past 200 before getting out to Sandhu. A well-fitting standing ovation for the country’s legend, who, in all possibility has played her last World Cup match.

Katey Martin walked in and in a whisker, she was a part of a couple of run-outs. It could’ve been an embarrassing ending but Martin decided to take on Anam Amin. Two beautiful inside out lofted cover drives got the crowd going. They wanted more. They were completely behind their legend.

She enjoyed the support and repaid the faith with three boundaries in the final over and If that was her last international innings, she should be proud of this tiny little show that cheered up everyone.

As Martin walked back, she got a big fist pump from Mackay, who was the closest spectator at that time.

Hannah Rowe couldn’t have asked for a better final performance as ended with five wickets. It was one of a kind performance, in front of the home crowd and was the first of many more to come. When Suzie Bates was announced the player of the match, she wanted to share it with Hannah Rowe and rightly so.

When the match was over, there were bittersweet hugs all around as nobody knows if this team will play again together. At the end of the day, nobody wanted to think about it as well. They acknowledged the crowd, reunited with the family, shed some tears and later, shared some beers as well. It was a wholesome day, a farewell for the home World Cup and a possible swansong for a few Fern who had carried the nation for more than a decade now. 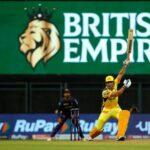