Bigg Boss 5 Tamil Day 66 begins with Pavni asking the guys not to use the girl’s restroom. Ciby argues that there are many men in the house therefore they don’t have any other go.

Imman talks to Ameer regarding his relationship with Pavni. He advises him to stay within limits. Ameer says that he had stopped playing with Pavni a long back.

Imman then tells to Raju about how he felt regarding the Ameer-Pavni relationship. Raju says that he also had doubts and had talked to Ameer about it. Ameer had clarified everything to him.

Priyanka sarcastically asks Sanjeev why he is yet to play his game, despite coming in as Wild Card. Sanjeev asks her to wait and watch. She says that there is a lot of expectations on him.

Ciby’s party invites the other two parties for their party’s flag hoisting event.

Imman Annachi calls Raju and they read, make fun of Priyanka’s party banner. They had made a spelling mistake while writing in Tamil.

Priyanka then keeps an anonymous complaint box near Ciby’s party, and their team sings a song as well.

We see a task for the leaders of all the parties. They must tell what they feel about contestants of the house (anything from their strategy, their behaviour and so on) and every other contestant- other than the leaders- must tell whether their point is right or wrong. Whoever gets more right will win the round.

Niroop wants clarification regarding Priyanka’s words. She had called him a backstabber. He asks her whether there is any other situations other than coin round. Priyanka questions the same to him. He says no idea.

He also has maintained a distance from her because everyone had told him that he is a bad influence in her game.

Ameer asks sorry to Pavni for his friendship. He clarifies that he didn’t talk to her with any intentions like everyone is telling. He just likes talking to her, nothing much.

Pavni says that she knows that and she doesn’t think anything wrong and most importantly, there is a huge gap between them. She says that everyone can talk whatever they want but they know about their friendship.

We then see the part two of Vettri Kodi Kattu, flag round. This time, there is a lot of polls kept in the garden area. All contestants must run to plant their flag in the pole once the buzzer goes on.

Once they plant flags, they must keep the poles together, try to protect it from other teams who can steal it from them.

Once the buzzer goes, all teams picks up a few poles and plant their flags. Later, Niroop and Varun forces themselves towards Priyanka’s team, pushes them and steals a few flag. Priyanka falls down.

The team gets annoyed and they try to do the same to the Niroop’s team (Ciby’s party). Since they couldn’t steal the entire pole, they destroy the flags. Ciby is stunned by it.

Thamarai asks why everyone is playing the game this way. She didn’t point out any of the team but calls everyone out in common. Abhinay gets annoyed by what she said and asks her to tell it to her teammates- Niroop and Varun- who began that first.

Thamarai gets annoyed and begins to shout, telling that she didn’t pin point anyone and questions Abhinay for shouting at her.

Priyanka then begins to shout at Thamarai telling that Thamarai was fine when Imman Annachi played the same way during yesterday’s round (Imman and Thamarai had a physical fight to plant the flag in the last round. Thamarai got physically hurt during the game).

Priyanka then says that she is questioning now because it was Priyanka and Pavni. If it was someone else, she wouldn’t have talked about it.

Thamarai says that she didn’t even talk about Priyanka or Pavni but called out everyone.

In the end, Priyanka’s team had won the round with more number of flags.

Thamarai tries to explain the truth in her side to Raju, Varun and Ciby. They wants her to forget it as everyone will try to make her angry as it is a game.

Thamarai takes it personally, says that she wasn’t doing any drama inside the house.

Abhinay apologizes to her for the words he had used during the game. Ameer, on the other hand, tries to ask regarding what had happened to Thamarai. Varun shouts at him. Ameer asks him to calm down but Varun keeps shouting. Ameer then rises his voice, asks Varun to shut up. 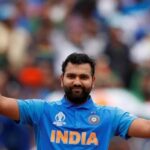 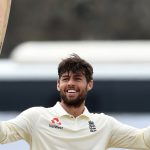