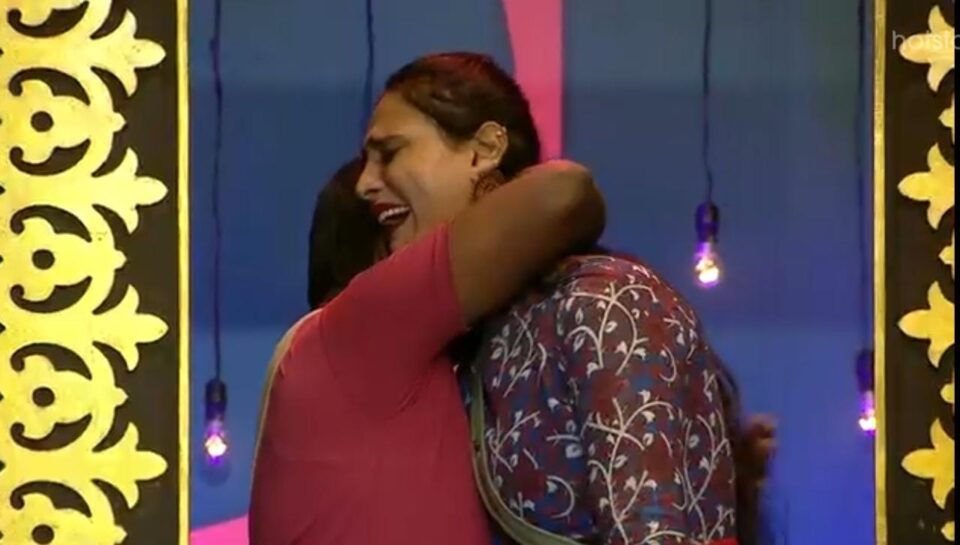 Day 4 of Bigg Boss Tamil begins with Anirudh’s ‘Two Two Two’ song. In the Cooking area, Akshara talks about her friends and how they had adviced her to behave in the house.

Abhishek says that Pavni looks younger for her age and even college kids would give love letter to her. She says that she would say thank you and would stay single.

Suruthi scolds everyone for throwing wastes in vessel washing sink, asks them to throw them in dustbin.

Her parents’ name is Marimuthu and Vennila Devi. She is the only kid and is from Royapettai.

Until class fifth, she didn’t know why she couldn’t mingle with other kids. She was 10 years old when she felt like she wanted to keep her face clean and would admire girls and women for their outfits.

When she went to class eighth, she started feeling changes in her body. She thought that it was because she was overweight. Since she was the only child and parents were too close to her during that time.

She then faced harassment for her body when she was in class ten but couldn’t tell it out because of fear. She had 900 marks in 10th and her mother wanted her to become a doctor.

She did liposuction to remove skin from her breast but it began to grow in months and she had pain, was too young to suffer that.

When she was in class 11, she got in touch with people who went through changes like her and understood that there were many who are like her but they are afraid to come out.

When her uncle’s daughter matured, the family had already decided that she was the one and Namitha was supposed to do those rituals for her uncle’s daughter. That day, she wore an outfit that caused outrage in the family. That was the first time her mother slapped her. They tore that outfit and had asked her to wear something loose.

Then when she was 15, she went out of the house multiple times but had nowhere to go. The family even had registered missing complaint.

Later, she never knew that her family had followed her with a camera and spy for more than a year.

Once, along with her friends, she went to a transgender function and had danced while wearing her mother’s saree.

She said to her mom that she was going for night study. Since they were following her, they knew about it.

When she came back, they mixed something in food and was later admitted in hospital because of fits(seizure).

Then they warned her if she comes out, they will kill her. Her grandmother helped her to discharge from the hospital. Later, they took her to different places including Temples and other human gods. It mentally affected her but she kept telling herself that she had to wait until 18 to do whatever she wants.

Later, she went to watch a transgender beauty pageant show. She walked the ramp there and even got selected. At that time, she was studying in college. This result came in newspaper and it didn’t go well with her parents who had beaten her.

She then went to the police station and gave a complaint letter, left the house.

She got deeply hurt by the situation of Trans people in Andhra and Mumbai. She came back to Chennai and lived in a room all alone.

One day, she got a call from a friend who had to return her some money. He called, asked her to come to his shop and she went.

As she opened the door, there were goons who kidnapped her and had hit her. They took her in a Maruthi van and she jumped off it after huge struggle.

It caused traffic jam and it turns out that the family had doctors give certificate to police telling that she had mental issue.

They threw her into a dark room in a rehab center for mentally affected people. It was like a jail with only one operating window which would open only when the warden comes to give food through it. Other than that it is simply a dark room.

Soon, a warden became a friend and asked her not to eat those tablets they provide because that would make them addictive. Also, the warden asked her to cut her hair. She begged the warden to make her talk to her parents and they did. However, the parents wanted her to continue the treatment for three months.

With no help, she decided to escape from the place. Slowly, day by day, she unscrewed the window and one day, she jumped out of it. With blood everywhere, she ran for the whole night, and unfortunately, ended up meeting her parents.

Later, she called her friend in Chennai only to know that there were five cases on her and there was a change in official. The official wanted her to come back to Chennai and had promised to give her what she had wanted.

The official produced her to the court and the judge finally gave the verdict that since she was above 18, she can do whatever she wants.

Later, she went to a beauty contest and won an award that made her mother proud for the first time. Since then, she has won multiple awards in beauty contests.

Namitha ends her speech by advising parents to make an effort to understand trans kids and not to punish them. She also requests them to give them education, something very important for their survival. She then sings a song that makes everyone cry. After her speech, everyone motivates her not to cry because she has come this far. She earns 17 hearts.

We then move to bedroom where contestants make fun of Abhishek who is lying down on Pavni’s lap.

Thamarai Selvi sees Priyanka applying eyeliner and says she didn’t know if she can bring make up into the house.

Priyanka says that everyone shall get ready wearing make up during the weekend’s show with Mr Kamal Hassan.

Imman Annachi gives a funny task to the contestants. He says that he would call a pair and would give situation and the pair must act based on that situation. Raju and Iyakki are the first pair. The situation is, they are lovers, meeting each other in a footwear shop. Both perform accordingly with other contestants laughing.

She is from Germany and is very close to her sister. When her sister went to Australia after marriage, she even followed her work there. She was into fashion designer and modeling and was working in an agency for a year in Australia before her VISA got expired. She came back to Germany but couldn’t find a proper job. Thus, went into IT.

At the same time, she was in a relationship, on and off for 13 years which wasn’t good for her. Since both her job and relationship wasn’t working, she had decided to end her life due to anxiety and depression while staying alone in Frankfurt for the job.

However, the thoughts about her parents saved her at that time. Since then, she is living for the happiness of her parents. She ends the story with an advice, asking people to open up when they are going through rough patch.

Pavni and Madhumitha were seen talking. Pavni complains about Abhinay who had said that she is hiding her past and is not opening up. She says that she is not ready to open up because of the impact it had on her.

Pavni shed tears talking about her past and how her husband’s demise had hurt her. Later, Abhinay tells Pavni if she has any doubts or issues with him, she can always approach him and clarify that instead of keeping it in and hurting herself. He says that she had misunderstood him. He just wanted to know more about her. Pavni and Abhinay shares a side hug and Pavni thank him for being understanding. The episode ends with their hug. 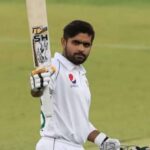 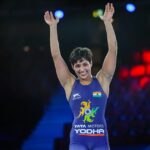