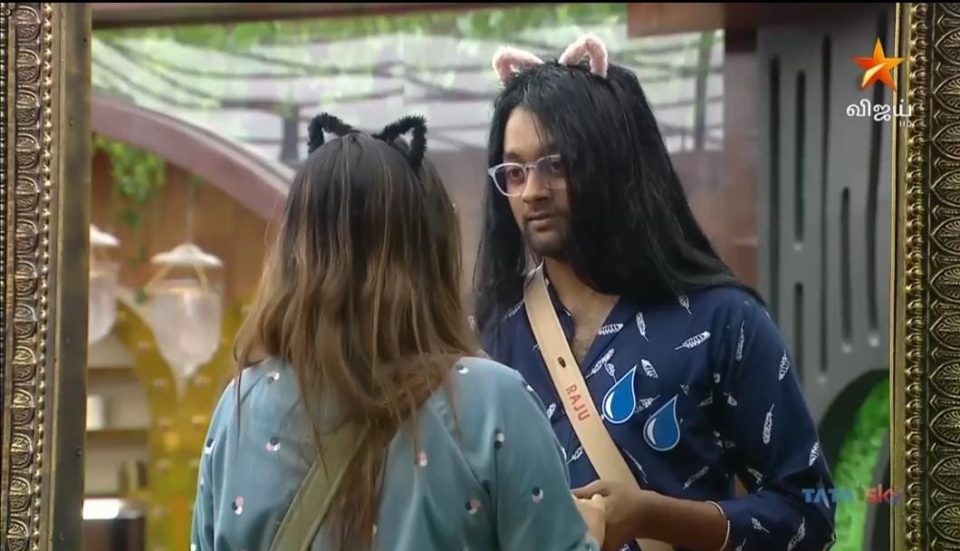 ​Day 45 of Bigg Boss 5 Tamil begins with Varun instructing everyone about the rules for the day. -They must ask his permission to use the restroom.-They must behave like they are having an imaginary conversation.

Imman and Niroop talk about how Raju and Akshara give more importance to each other. Niroop says had he had seen how Raju is partial towards her.

Priyanka talks to the cooking team and tells Thamarai to look into cooking. She had cooked a lot yesterday and the food is wasted now.

Thamarai begins to cry as Priyanka questions her. The latter hugs and kisses her consoles her.
Niroop and Priyanka are seen having an imaginary conversation.

Isaivani, the mirror contestant, forgets to follow Imman Annachi and she is eliminated.

Pavni talks about Raju. -says that she wasn’t able to mingle with him even though she had tried a lot-She doesn’t know why he hates her-When he was in others’ cooking team, he was helping them but he didn’t do much when he was with Pavni-She likes him a lot and wants to talk to him. However, if he doesn’t like to talk to her, she doesn’t want to force him.-She could see that he talks to everyone in the house but not to her and she still doesn’t know the reason for the same.

Pavni then talks about how she got used to this feeling to Abhinay and Isaivani.
Priyanka then talks about Thamarai.-She always likes her and she is very innocent-Though she had doubts initially about her innocence, she likes her now-However, she must control her anger and must hear others’ point of view rather than shouting-Though she doesn’t have the rights to ask her to change, a few things does hurt everyone.
Priyanka, Abhinay and Pavni then discuss how Thamarai couldn’t take up others’ anger while she hurts everyone with her’s

Bigg Boss changes the mirror contestants and original contestants. They must wig and everythingRaju must dress like Priyanka, Varun- NiroopAbhinay-CibyThamarai- IsaiImman-IyakkiAkshara- Pavni
Raju talks about PriyankaHe entertains everyone by telling how Priyanka behaves and talks in the house. He also talks about how Priyanka is with everyone.

Pavni then asks Raju about what he feels about her. Since he always maintains distance from her. Raju says that there were few instances that had made him doubt her real character. He didn’t want to talk about it as a gesture as she had told him that she likes him.

We then see the gang singing. Imman Annachi dance while sitting on the sofa. His legs were near Isaivani and the latter says that she hates it. Imman thinks that she is talking for fun and keeps doing it which annoys Isaivani. 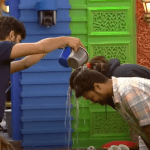