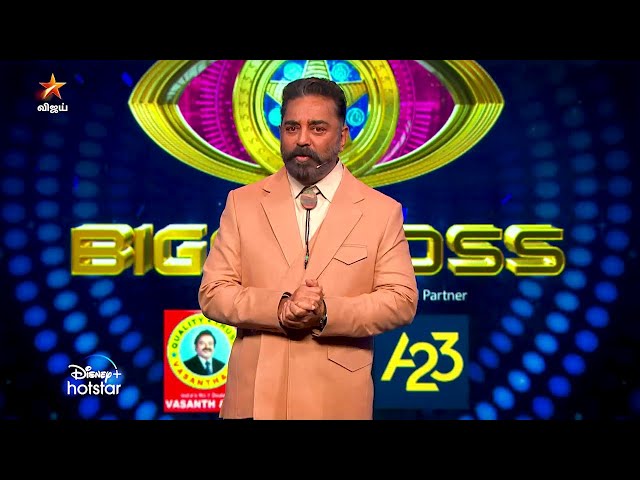 Day 6 of Bigg Boss 5 Tamil begin with a shocking announcement of Namitha’s exit.

Bigg Boss announces that Namitha has left the house due to unavoidable reason. We don’t get to see her. Mr Kamal wishes her all the best and says that he thought her participation in this show was very important because of representation.

He then begins talking to all the contestants. Firstly, he appreciates and congratulates everyone’s work.

He asks Raju if he is ready for his narration, makes fun of him for trying to search screenplay in everything. Raju says that he is preparing.

Mr Kamal also asks others the same and they say that they are going to talk about it on spot.

During break, we see Priyanka asking about Imman Annachi learning english and scolds Niroop for not reminding her to drink water properly as he had promised earlier.

Mr Kamal then talks about Imman Annachi and Chinnaponnu story narration, asks whether they didn’t narrate a few things because of their experience and age. They nod. He asks Raju why he had given dislike to Chinnaponnu’s story.

Mr Kamal replies that it is because of his young age. Thus, he couldn’t relate to it.

Mr Kamal then goes on to add that he totally understands Raju’s feeling and similarly, many wouldn’t have related to Isaivani’s story.

He adds that, in a way, he is glad for that as the kids aren’t going through the same today. He asks why many gave Imman Annachi dislikes. The latter says that he jokingly asked people to give him dislike and they took it seriously. Everyone laughs and Mr Kamal says that many are very young to even know what these struggles are.

Chinnaponnu stands up to continue her story. She reveals that her mother used to get her old clothes for Christmas as she was able to afford only that. She used to wear it.

Most days, she grew up wearing her brother’s shirt and torn skirt. With tears, she continues her story, saying that today she is doing alright and it is all because of her husband. She adds that her husband takes care of her like his child and she doesn’t know if her parents would’ve taken care of her like the way he does.

Today, she is helping out multiple artists who are in need and has won “Kalaimamani” award as well. Also, today, she has so many awards that it doesn’t fit inside single house.

Mr Kamal congratulates her for opening up and adds that artists are too good in converting criticism to positiveness and the way she is trying her best to win Raju’s vote talks about the same.

Talking about Pavni’s story, Mr Kamal says that the person around the one who had ended their life needs therapy more as their mental health certainly would’ve been affected. He appreciates Pavni for opening up and the latter thank Vijay TV for making her to do the same.

He takes a point from Madhumitha’s story and says how important it is to talk to right people in order to take care of mental health.

He talks about Suruthi’s story and how her life as well as her mother’s life has been affected because of a decision taken by her grandfather. Suruthi replies that her grandfather regretted that decision until his last breath.

Mr Kamal adds that one cannot say no all the time because of the situation they are in. He gives multiple examples for the same and talks elaborately about child marriage and says that it should be avoided. He even quotes his mother’s life as an example. He also adds that a person’s mental age is also important for the marriage.

Mr Kamal moves to Iyakki Berry’s story and says how he loved her confidence, the fact that she is from Thanjavur. Talking about the struggle she went through because of Tamil language, Mr Kamal adds that she should be proud of the language. He also says that there are a lot of fans for Madhumitha’s Tamil as well.

Iyakki then explains how Thanjavur temple is built. Later, says that she couldn’t reveal a few of her struggles on stage because it is mostly about her parents and she cannot talk about it on a mainstream platform. Mr Kamal says that he totally understands and while growing up, one of his brother-in-law never accepted him for being an artist but today, he is proud of him.

Mr Kamal says that he knew he would succeed but unfortunately, he never thought he would be in this position to pay a lot in tax. He wishes Iyakki Berry will also reach heights. He signs off.

While eating, Priyanka talks about Abhishek and how different he is in the show and in person. She says to Imman Annachi that her friends would’ve unfriend-ed her right after knowing that she is in touch with Abhishek Raaja. Looks like her friends had adviced her to stay away from him. Only her brother asked her to talk to him as Abhishek Raaja would have done things because of the show’s demand.

Also, she reveals that she doubts if Abhishek is her cousin. She also says that he is important. We see them shake hands and then Niroop, Priyanka, Imman Annachi have fun while Abhishek continues to eat. The day ends with Imman Annachi searching for other contestants. 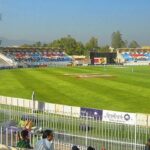 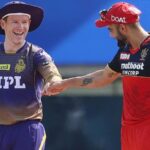