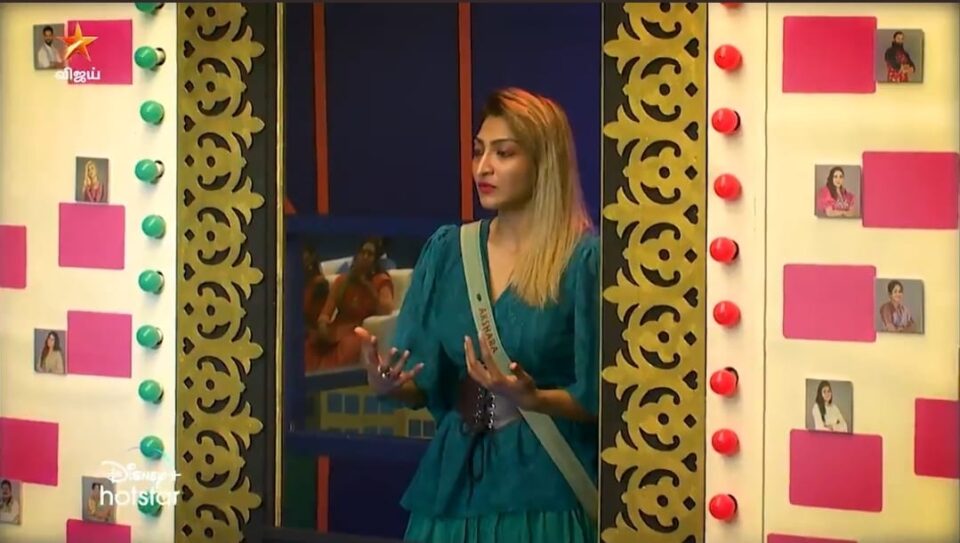 Day 9 of the Bigg Boss 5 Tamil begins with “Oru chinna thamarai” song. Priyanka immediately makes fun of Thamarai Selvi telling that the song is for her as she is the captain now.

Thamarai Selvi, Raju and Priyanka sits together and Thamarai talks to Raju about the current cooking team. She appreciates them and then scolds Raju for not folding the bed sheet after waking up.

Thamarai Selvi continues to talk, says that she has body pain from yesterday’s game. Raju then talks about Iyakki Berry who hasn’t spoken to him after the latter had given dislike for her story.

We then move to the outside sofa where Priyanka is seen lying down. On the side, Varun, Ciby talks about films.

Priyanka then closes her eyes and we hear dog barking sound. Looks like that is the Bigg Boss signal to wake someone up during the day time.

Iyakki, Raju, Imman Annachi, Isaivani seen singing a song. Raju makes up his own lyrics based on his experience in the house.

We then move to Luxury budget task. Akshara Reddy is the next contestant to talk about her story.

She is born in Chennai and her father also from Chennai. Thus, she knows Tamil very well. She begins to talk about her father.

Her father was her hero. He was a gold medallist and had a huge company that manufactures bullet proof glasses. He had pampered her right from the birth. Unfortunately, he had passed away when she was eight. He had an attack while they were going to his office. Akshara, her brother and her father were traveling to his office, during that time, he became unconscious. She thought that he was playing a prank and was a game. She didn’t understand what had happened and it took her two years to understand that her father had passed away and he would never come back.
Since then, her brother, who is 11 years older than her, literally adopted her and took care of her from the place of father. She says that he is her second hero. He made sure that she was pampered and didn’t allow her to even know about the difficulties in the house. Her third hero is her mother who is a strong lady.
She was just 32 when she became a widow but she didn’t remarry and lived the life for her kids.

Akshara adds that she has always been inside the comfort zone because of her mother and brother. The Bigg Boss house is the first place which is away from her zone.

She gets dislike from Abhishek, who says that this round has made her open up and he wants that to happen more, thus, a dislike. Priyanka reveals her reason, says that Akshara has been in the comfort zone for a long time and this dislike is more of a thorn in that story which will push her forward in life. Niroop is the other one to give her dislike.

Ciby says that he was able to connect with her story. Priyanka, Thamarai Selvi, Niroop makes fun of Raju for giving a like to her. He says that he gave a like because Akshara is living a life that he always aspired to live, It is nice to see someone like that.

Priyanka says that she felt like there is no goal in her story and a story must inspire someone. Raju says that Akshara is being honest about the journey. Priyanka adds that she couldn’t connect with the story.

Akshara speaks to Suruthi, Pavni in the Kitchen. She says that she couldn’t tell more as she hasn’t faced much in her life.

Later, Priyanka advices Akshara to learn more about herself and within 100 days in the house, she must go out as a different person.

Raju then talks to Akshara. He says that he gave like because he respects her and her journey. Also, since Akshara admires him, he doesn’t want to miss a good person.

Also, he had noticed that she cried when people gave dislike to her in the previous task. Akshara says that she had thought he would give dislike because she didn’t tell the story well. Later, we see her crying while standing outside all alone.

While Raju walks in, Abhishek makes fun of him and Raju was not in mood for the same. He says Abhishek not to do that and the latter asks sorry and they hug.

Priyanka is the next to reveal her story. She says that her parents had a love story and they had two kids. Priyanka was not so good in studies but his younger brother was too good. However, her father liked her the most. Their life was too good.

One day, her father was about return from Delhi and they got a call from TTR. Her mother rushed somewhere. She was too young to understand what was going on. Her father had trouble in breathing. He called the house and Priyanka took the phone. He had asked if her mother had left the house and said that he will be home soon. However, that was the last time he had spoken to her. Later, she was informed that he had passed away.

She reveals that she always want to be there for people because of what had happened with her father. It looks like when her father had died, her mother had to carry the body from the train and had to drop him in the stretcher. Nobody in the train had batted an eye and that incident still hurts her. Thus, she always wants to make everyone around her happy. She adds that she doesn’t have ambition in life and her only goal is to make sure to stay happy because her mother wants her to do so.

Since her mother went through a lot, she wants to do things for her and even today, she gives her salary to her.

Varun gives a dislike followed by Raju. The latter says that it is because of what Priyanka had told him hours ago that a story must inspire. Raju says that he couldn’t get that inspiration but of course, he loves her. Iyakki Berry first gives like and then changes to dislike. She says that she was upset when Priyanka said that she has no goals. Since Priyanka is a well-known name and an inspiration to many, she couldn’t take that fact. Niroop also gives dislike saying that he couldn’t connect with the story as everyone’s struggle is different.

We then see Raju and Priyanka talk about Akshara’s story once again. Priyanka says that she is not yet convinced with him giving her a like. He changes the topic, literally asking her to move on.

Priyanka, while washing vessel, was seen crying. Niroop and Imman Annachi asks about it and she says that it has nothing to do with the dislikes but talking about her story.

Ciby is the next one to share the story. He used to transfer to places wherever his father went. Thus, until his high class, he was studying in a community school and then when he changed the school, things were completely different. The people out there used to talk bad words and he didn’t understand any. They used to make fun of him. He then made sure to rule the college from day one and was literally called as a rogue.

After his engineering, he had a dilemma whether to go to cinema or work. He chose the latter at that time, went to a foreign state to work. During one of the days, he decided that it wasn’t working and wanted to comeback and pursue a career in cinema. Along with a couple of friends, Vanjagar Ulagam happened for him. Later, he met a couple of big directors but the project didn’t go on board. After eight months, Master happened. He thanks Lokesh Kanagaraj for the opportunity and it looks like the director didn’t even had an audition for him. Ciby explains how motivational his father is and he is blessed to have a family like this. Also, he had huge support from his friends. He advices everyone to support their friends as their words can change everything.

He receives eight dislikes. Raju says that his story was short but the time he took for that was more. Abhishek says that he gave dislike because he is jealous of his father.

We then see Thamarai Selvi and Akshara having a conversation. Akshara explains why she had thought that Thamarai wasn’t innocent. Once Thamarai had asked what was eyeliner and there were a few times when Thamarai couldn’t identify basic make up products. Thamarai says that they don’t use an Eyeliner but a normal mascara for the make up.

Akshara then adds that she had felt bad when Thamarai told that Akshara was white. She adds that People had always made fun of her color and her face, she was always called as someone with an attitude. Thamarai says that she was talking about color because everyone used to call her black and she was surprised to see Akshara’s color complex. Both ask sorry for what had happened and with that the show ends. 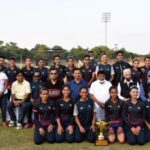 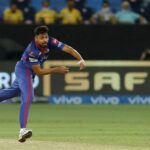