Royal Challengers Bangalore has announced that Faf du Plessis will be leading their side in the upcoming edition of the IPL. The former South African Captain will replace Virat Kohli as the team’s captain. Kohli had stepped down from the role after the end of the last season.

“I can’t be happier for the team and Faf. He is a good friend and we get along very well. Looking forward to a good season,” said Kohli.

This will be Faf du Plessis’s first captaincy assignment in the IPL while he will become the 7th player to captain the Bangalore side. 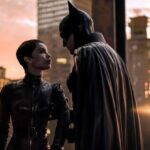 The Batman (2022 | dir. Matt Reeves) : A tale where the city and it’s caped crusader wade through the darkness within and outside.

Happy Ashwin might just have another prime in Test cricket

Do the IPL and then be available: Boucher set date for De Villiers to return

COVID19: Du Plessis auctions his Jersey and bat to feed the needy