A juicy full toss pummelled into the leg-side for four got her innings underway and set the tone for the demolition that was to come. Karnataka’s right-hand opener Roshni Kiran’s unbeaten 62-ball 86 and a mammoth 156-run opening stand with GR Prerana (79 off 55) headlined Karnataka’s 111-run mauling of Goa in their second match of the Women’s Under-19 T20 Trophy in Hyderabad.

As I sat in the stands watching Roshni bat, I couldn’t help but see the similarities to a certain Mumbai batter – one who had dominated at age-group level before going on to boss senior cricket as well….

Roshni Kiran off to a flier courtesy some pretty poor bowling from Goa. She’s got a very Jemimah Rodrigues-type flair. A very similar flick of the wrist when she hits through the leg side. #DomesticCricket #GOAvKAR pic.twitter.com/vt6cRsyrC6

Having been put in to bat on a sweltering morning and on a perfectly flat track, Karnataka could not have asked for a more friendly start than the spate of full deliveries served up by Goa’s attack in the powerplay. Both Roshni and Prerana climbed into the bowling, smashing them to all parts of the large stadium in a superb display of power and placement.

Through her 62-ball stay in the middle, Roshni went after pace and spin alike, pouncing on anything remotely loose. Only spinner Siddhi Savase managed to keep the right-hander honest, conceding only nine runs off nine deliveries, but after a few ugly swipes, and a quiet word from Prerana, Roshni recognised the moment and simply turned over the strike.

All 14 of Roshni’s boundaries were greeted by a loud, synchronised cheer of “Well played, Rosh!” from the dugout and an appreciative bat tap and glove punch from her opening partner. There were powerful pulls, pummels down the ground, the step across and swipe, and, of course, there was #ThatKarnatakaCoverDrive.

There was grace in her movements and an elegance in her strokeplay, but what really stood out about the teenager was the power she possessed and the abandon with which she used it. There were no half measures – she was all in, every ball of every over. She backed herself to clear the field, and she knew, considering the power in the line-up, that she had the freedom to keep the pedal to the metal.

That is not to play she swung recklessly for the fences, but rather, that she intelligently manipulated her positions at the crease in order to access her strength areas, which on Sunday, was everywhere on the leg-side.

There were moments through the innings where she was left searching for the ball outside off stump; moments when she was looking to swipe across the line and force the pace against the spinners. There were even moments when she looked like the heat and humidity were beginning to take their toll, like she was on the verge of wanting to hit herself out of trouble… But that is when the grit and hunger really shone through. Not only was the style Rodrigues-esque, but maybe the qualities too?

It wasn’t just her power game that was on display, Roshni also showed her game awareness and smarts – dropping and running when the fielders began to sit on the circle, chipping over their heads when they crept back in, feeding Prerana the strike when she began to find the boundaries more regularly, and identifying fielders in the deep they could target for the extra run. This wasn’t a knock of brute force, but one of timing, intelligence and high quality strokeplay. There was always a real desire to dominate. The Rodrigues-like hunger for runs was evident throughout.

86 not out for the newly anointed #KuttiJemi: Roshni Kiran.

This one can bat alright. And she’s got plenty of power & scoring options.

Absolutely love the look of this Karnataka batting line up. 179/1 in their first outing. Serious effort in hot and humid conditions. #GOAvKAR pic.twitter.com/IXpVFV9bEU

With an Under-19 T20 World Cup around the corner, players know full well what a good Under-19 season could mean for them. Those hopes and expectations come with pressure. Some carry that pressure well. Others allow it to weigh them down. In her first innings in the 2022-23 season, it seems that expectation sits lightly on Roshni’s shoulders. Her focus is simply on winning games for Karnataka. The more she wins for her team, the more the numbers will pile up, and one hopes those numbers are enough to push her into contention to wear that coveted blue jersey. 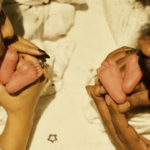