Australia’s Sophie Molineux has been appointed as the captain of Melbourne Renegades ahead of season seven. The all-rounder has played more than 70 games and is one of the strongest performers in WBBL. She will be taking over the captaincy from New Zealand’s Amy Satterthwaite who led the last season.

Talking about Amy Satterthwaite’s influence in the team, Molineux said that she has always admired her ability to be composed.

The 23 years old added, “I am really excited to be able to take what I have learnt from each of them, combine it with how I approach the game and continue to grow and learn along the way.”

Talking about her appointment, head coach Simon Helmot said that Molineux has a good relationship within the squad.

“Sophie has fantastic relationships within the squad. She has had an excellent apprenticeship working under some great captains, including Amy, who has helped nurture so much of our young talent,” he said.

“That grounding under such leadership will have Sophie well prepared. We are excited to see this next phase in her career, and we will support her along the way. We look forward to the start of a sustained period of success for the club under Sophie’s leadership,” he added. 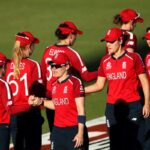 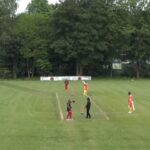