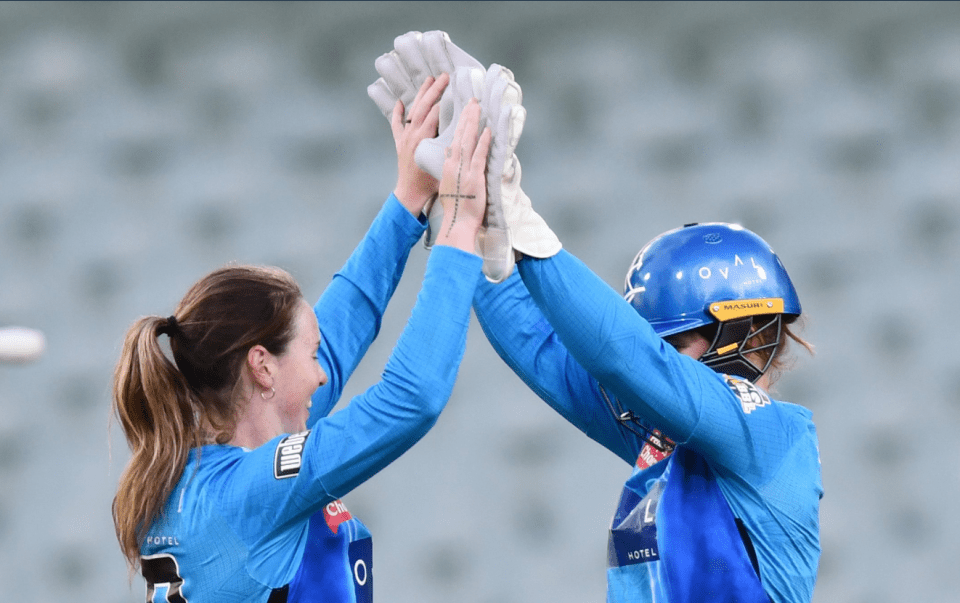 Wellington’s 5 for 8 did the trick

It was the worst powerplay for Brisbane Heat in this season as Megan Schutt and Darcie Brown kept Heat under pressure with Brown taking the wicket of Georgia Redmayne’s in the 4th over at 1. By the end of the powerplay, Heat were at 25 for 1. Leg-spinner Amanda-Jade Wellington who was playing her 100th WBBL match took two wickets in the 7th over. Grace Harris got out at 17 off 27 and Mikayla Hinkley got out for a duck.

Georgia Voll hit two back-to-back boundaries off Dane van Niekerk in the 8th over and when Heat were looking to build up a partnership, Wellington came back to dismiss captain Jess Jonassen at 1 in the 9th over.

She didn’t stop there and went on to grab back-to-back wickets in the 11th over but missed her hat-trick. She eventually got to her 100th wicket, becoming the first Strikers bowler to get to that mark. Voll, who gave some hopes to Heat, got out at 20 off 24. By the end of 11 over, Brisbane Heat were at 47 for 6.

Hancock took the team to a good total

Soon, Nicola Hancock and Nadine de Klerk joined hands and had an all-important partnership. Hancock made 40 from just 26 balls before getting out in the final over. Nadine de Klerk ended the innings with a four, took the team to a fighting total of 114 for 8 in 20 overs.

In return, Nicola Hancock came back to pick up Dane ver Niekerk’s wicket in the 3rd over at 12 off 14. Laura Wolvaardt joined Katie Mack and the duo started hitting all over the ground. By the end of the powerplay, Adelaide Strikers were at 39 for 1. However, Poonam Yadav took Wolvaardt’s wicket in the 8th over at 16 off 16. Since then, there is no looking back. It seems like McGrath and Mack were in hurry to finish it off.

The score got to a point where Mack needed four runs for her fifty. The team needed only one run. Mack finished it off in a style by hitting a four over the bowler’s head, completing her half-century as well.

Adelaide Strikers won the match by 8 wickets with 21 balls remaining. Amanda-Jade Wellington was named as the player of the match for her outstanding and memorable performance.

Adelaide Strikers will face Melbourne Renegades in the challenger on Thursday (November 25) at 1.40 pm IST. 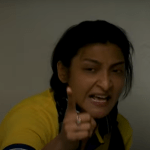 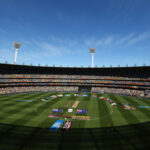