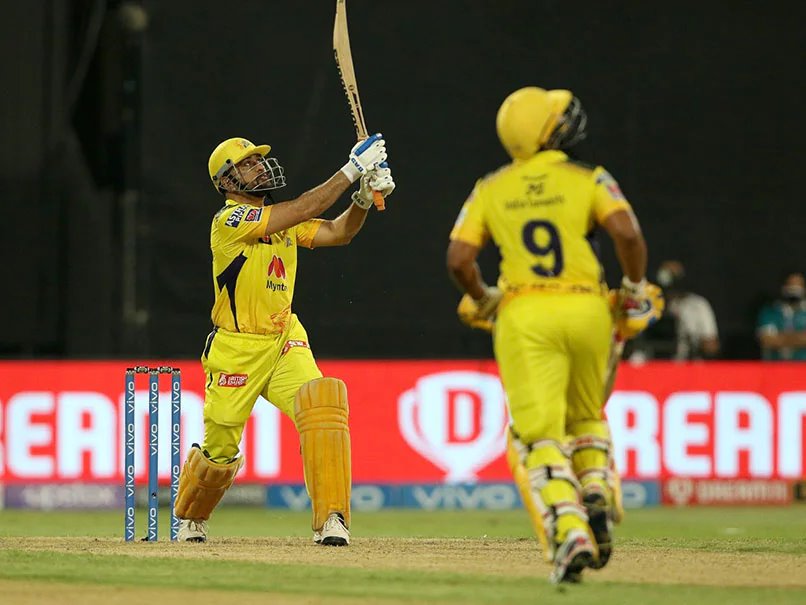 Time can get to anyone, and it didn’t leave Dhoni too. It got to him. It made him retire. Though the desire to play cricket was still there, his body protested his mind and thoughts. He couldn’t do much as he used to. He was getting out to bowlers who would’ve got into cricket after watching him. He was taken aback by those teenagers who were in nappies when he made his debut. It wasn’t a good sign. Who hates going down?

Dhoni doesn’t. Dhoni doesn’t care if he fails. He acknowledges it. Accepts it. He deals with them with a smile. He knows he is not at his best.

When he walked ahead of Ravi Jadeja to join Moeen Ali, the win per cent for CSK read 27 per cent.

The chatter increased as Dhoni walked in. Everyone knew what he could do… but can he do it this time?

The walk didn’t change. The way he nudges the ground with the bat while at the non-striker’s end didn’t change. As Moeen Ali took on Avesh Khan for a four, his silence didn’t change. After a single, Dhoni was handed the strike for the first time.

As he went back to take the strike, he dragged every single audience including Virat Kohli to the edge of the seat. As the crowd goes on to cheer, Avesh Khan runs in.

Avesh Khan is no international cricketer. He has no experience of what it would be like, to be in the receiving end of Dhoni’s carnage. He could ask Axar Patel though. Of course, it was 2016, but the Dhoni explosion doesn’t really come with an expiry date.

Now, coming back to Avesh Khan, he is a man in form. He rattled Rajasthan, He had put away Pandya fire. Though RCB got the better of him in the last match, he came back stronger and was breathing fire.

18.4
Avesh Khan does well to produce a dot ball. A slower ball to beat Dhoni, and the latter was too early on the shot. He had to watch as the ball went back.

The chatter begins regarding how he used to be and how he is now. Within the next delivery, there were millions of cricketing minds going crazy about his decision to promote himself. Before they could get that writing going, Dhoni rubbed it off with a six.

Short delivery outside off. Dhoni was waiting for something like that. He gets it over the longer boundary. He wasn’t making a comeback, but it looked like he never left. It looked like he time travelled from the past to get here. Of course, in an older body without those long hair but grey one and with a bit of wrinkle in the face.

It’s funny how a single shot makes us all feel that way though. Hey, a fan can dream.

Avesh Khan brought us back to reality with yet another slower ball that had defeated Dhoni. A dot.

As Moeen Ali took the strike, Tom Curran was the bowler. The latter’s inclusion in the team was questioned and he was there bowling the final over ahead of Rabada. Things could’ve gone either way, and he made everyone think that when he dismissed Moeen Ali.

He was on a hat-trick. But these things don’t work when Dhoni is in his zone. Dhoni’s zone can make any bowler uncomfortable. He doesn’t have to do much, but there is something about that zone and the vibes it gives.

It’s been a while since he got to that zone and wore that superhero suit. It was Sunday, and probably, Dhoni woke up and cleaned his wardrobe, found that suit. Maybe, that brought back memories, and he wanted to try those on once again. Thus, he dusted off and tried it before the mirror. Still fits, he says, and brought that to the game.

A slap over extra cover. Tom Curran could only watch as the ball went like a bullet. With a superhero suit, comes a bit of luck too. An inside edge four.
4 from 3 now as he fixes his gloves. Probably, he realized that it was time to wrap things up. Thus, a pull to deep square leg did the job. He walked back with 18* from 6.

Once again, the walk was a known one. Maybe, he slowed down a bit, but the walk remains the same, and the desire remains the same. The time might have got him, but he is still a lion, and Lion never stops roaring. 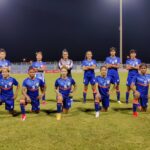 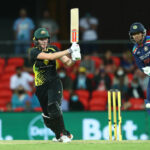