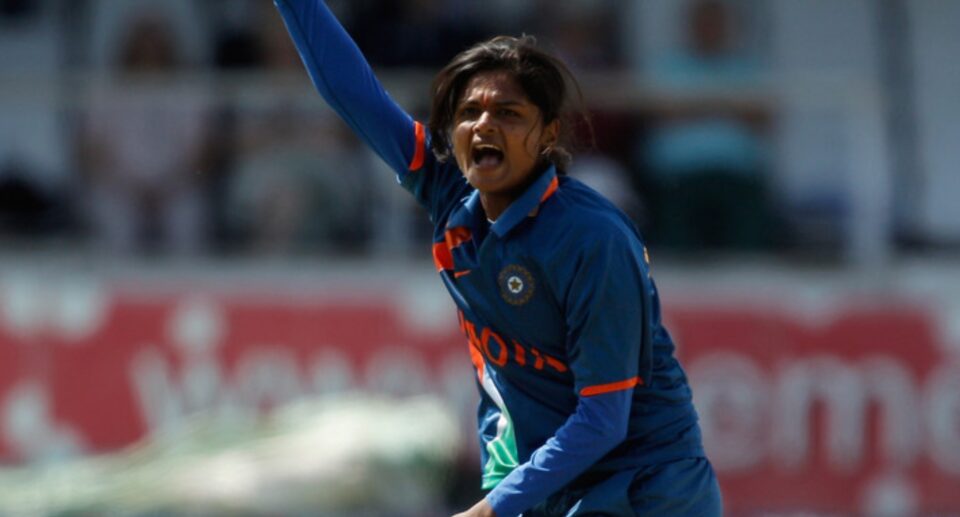 Niranjana Nagarajan runs in to bowl her second delivery of the innings’ 2nd over. The team needs something special from the bowling end as Sheen Sports had only 114 on board. Now, Ameya Sports features some of the prominent names, including Veda Krishnamurty. In fact, Niranjana was bowling to her former Tamil Nadu teammate Thirush Kamini at that time. She bowls one outside off, Thirush Kamini plays a lofted drive, couldn’t find the elevation, a simple catch to Deepti Sharma.

In the next over, Niranjana bowls a straight one, middle and off, to Prenana. She tries to drive it, ends up hitting on the air, Niranjana runs, stretches to take a beautiful return catch. She comes back in the 7th over, this time, it was Mona Meshram, who finds an edge, a simple catch to keeper Prathyoosha. There was a bit of celebration, rightly so. She ended up the four overs, five runs, three wickets. Soon, her team ended winning by 27 runs.

This spell, this Falcons T20 Tournament was special because of two things. One- This is the first huge tournament for women’s cricket post-pandemic. Two- Niranjana had just recovered from COVID19.

“I had it in December, and it was challenging both mentally and physically. During the pandemic, I was working hard on fitness, but COVID really took a toll on me. I had lost weight and had to plan my training accordingly to get back on track,” she says.

Even though she wasn’t fully fit, she went on to play in the Falcons T20 tournament, which had happened after 15 to 20 days.

“I have huge respect for Shantha Rangaswamy and Kalpana (Venkatachar) ma’am. They have seen me from my early days. When I got selected for India, Shantha ma’am was the team selector. So, she had shown faith in me, and I had to be there”, she says and goes on to add, “I wanted to be out there and play. It was a well-organized tournament.”

Talking about her preparation, “I had exact 15 days to prepare, and I knew I cannot do intense training. I went on to play the tournament only based on my mental ability and because of the bit of net training, yoga and meditation I was doing at that time.” She ended the tournament with eight wickets while giving away just 5.95 runs per over.

A couple of months later, Indian women saw their first big domestic tournament post-COVID, the Senior One-Day Trophy. Niranjana was one of the stand-out performers. With 14 wickets to her name, she was the leading wicket-taker among the pacers. In fact, she was the only pacer in the top 15 wicket-takers list. She didn’t stop there and went on to bat well to score 114 runs from four innings with a best of 52*. She was also one of the four players to have 110+ runs and 11+ wickets in the tournament.

“Thankfully, we had a couple of months before the tournament, and it was full of hard work. I used to train an entire day to get myself fit for the tournament,” she says.

Well, it was unfortunate that we didn’t have live-streaming for the matches. From the little what I have seen, the reverse swing stood out. It was just a beautiful sight to watch from the stadium.

“Frankly, the pitches in the tournament was mostly batter-friendly, and you had to put on more effort to extract something from the pitch, which I enjoyed. I took it as a challenge and it, kind of, motivated me to do well. This time, I went in with an attacking mindset, and I aimed to get wickets no matter who I was playing against. Hopefully, something good comes out of it”.

Apart from bowling, she was batting well this time whenever she got an opportunity and was in the zone.

“Batting is more of an addiction for me, and I can keep doing it for hours. For Railways and Tamil Nadu, I bat up the order, and I relish every time I go in. While I enjoy bowling, there is a little bit of soft corner for batting. Also, the times are changing, and one must be an all-rounder to get or get back into the team to make selectors take note of you. So, whenever I get time, I try to work on my batting.”

Niranjana rarely got an opportunity to bat for India. One of her most memorable batting performances for India came against England in the famous 2014 Test.

Eight debutants on their side, most of them rarely had red-ball experience, even in domestic cricket. Nobody expected the Indian team to challenge a fairly experienced side, let alone bowl them out for 92 on the first day. Niranjana, on her debut, taking the new ball along with Jhulan Goswami, ran through the batting order of England, ended with 4 for 19.

Then these two partnered with the bat as well, played hard to give India an upper hand. Niranjana was the top scorer in the 1st innings with 27 runs from 83 deliveries. India then went on to win that Test match by chasing down 181 in the 2nd innings. A famous, unforgettable win for the team.

Years later, India are all set to take on England once again in a one-off Test at Bristol, in June. When asked about how things will be different this time, “The complete dynamics have changed now, and I feel it good for cricket. The fitness level has improved, and that can be seen in the field. Also, to play a Test match, one needs more mental strength and strength in your lower body. It cannot be attained without proper training, and a lot goes on to your eating habits as well. I think the Test will be an equal contest, and since we have won the last time, I’m sure we will enter the field with a winning mindset”.

With performances in her hand, Niranjana is hopeful of getting back into the national team. When asked about the same, “I have given my best, and the outcome is not in my hand, but I’m hopeful. By God’s grace, if I get an opportunity, I’m sure I will go all in. Though my wait has been long, it is only a matter of time”, she concludes.

Now, it is all up to selectors. 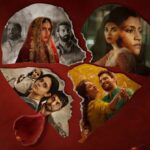 Ajeeb Daastaans[2021]: The Necessity For One Set Of Priorities To Prevail

IND A vs AUS A: Australia win by 81 runs despite Priya Punia’s ton