Recently, David Warner smashed Pakistan and the Australian opener got his touch which he was terribly looking for during the Ashes series.

After scoring a triple century, Warner addressed the press conference where he spoke about how Sehwag helped him to become a better Test player.

“When I met Virender Sehwag while playing for Delhi in the IPL, he sat down to me and said I will be a better Test player than a Twenty 20 player. I said ‘you’re out of your mind, I’ve not played many first-class games’,” Warner said.
“He always said ‘they will have slips and gully, covers open, mid-wicket stay there. mid-off and mid-on will be up, you can get off to a flier and sit there all day and you’ll be picking them all off”, added the former Australian vice-captain.
“That’s always stuck in my mind, it sounded very easy when we were discussing then,” concluded Warner. 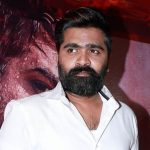 Phillip Joel Hughes – 63 Not Out Forever