One of the strongest contestants of Bigg Boss, Vanitha Vijayakumar literally rocked the show with her boldness and her comments. While she gained a lot of negative followers when she got eliminated for the first time, there was a great change in public opinion when Vanitha’s kids entered the show and it was one of the heartwarming moments.

Talking about being in the microscope always, Vanitha said that her life is an openbook to the audience.

“Unlike many housemates, my personal life is an open book. It won’t be possible for Cheran anna or me to spin stories, and paint a different picture about us. However, Bigg Boss not only has newbies fighting for a place under the limelight but also features forgotten artistes, who have returned to the spotlight. So, when they tell their stories, share incidents about the past, explain their relationship status, you tend to believe their version of their story without verifying. It is very easy for them to create something temporarily. Sections of the public have started questioning the authenticity. To be very honest, I don’t want to comment and spoil their winning chances. Let’s wait for the show to end.”

When asked about the sacrifice incident and how the friendship outside the house, Vanitha said that there is a lot of love.

“After being evicted the first time, I created a WhatsApp group and added every evicted housemate in that group. Irrespective of what we did or said inside the house, there is a lot of love between us, and hopefully, will continue to be so. But I do believe it is not possible to have that deep a friendship inside the house when everyone is so guarded. That’s why this whole shenanigan of ‘thyaagam’ seems so superficial. It is just a stunt. It is just a strategy to remain inside the house, and I felt the need to call it out. It is not right to influence voters that way.” 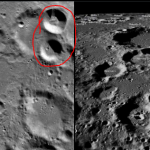 Nasa confirms that Vikram Lander had hard landing on moon 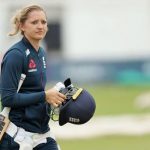 Sarah Taylor retires from international cricket due to anxiety!

Mahat to tie the knot soon!