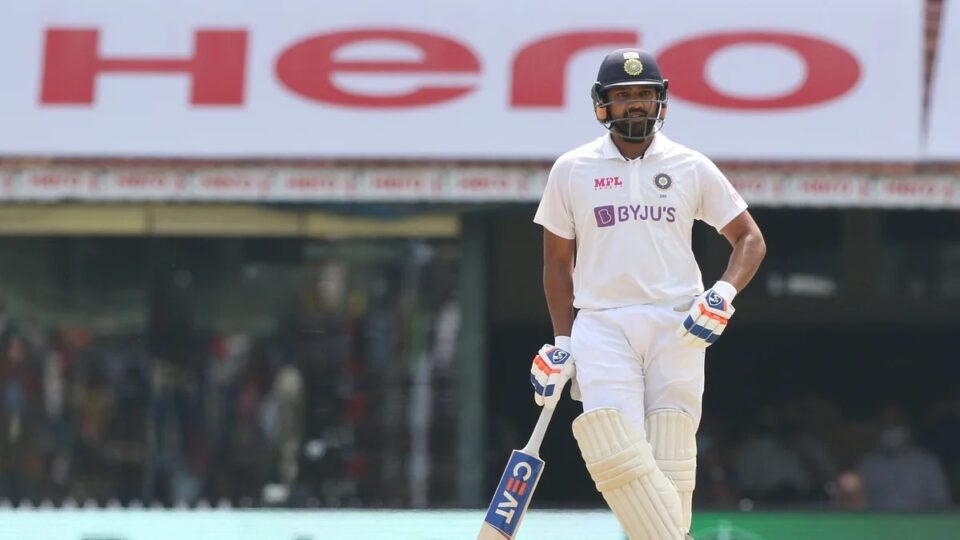 Tell Rohit Sharma that he is a naturally gifted player, he would quickly ignore it to tell you that it is all his hard work. He hates it when someone takes away all the work he does but there are some days you would wonder if that is the real case because he makes batting looks so easier. When someone can bat as beautiful as he did today on a not-so-easy condition, it is definitely debatable.

After years, India were given the pitch where their spinners would love to go crazy. The team do know the condition already but they do know that it wasn’t going to be a cakewalk. The first part of the plan was to win the toss and Virat Kohli did it right after a long time. From thereon, Rohit Sharma took over.

Rohit’s initial few minutes tell you how good he is going to be on that day. If you could see him middle the bat with confidence, you probably would know what you have signed up for. Today was one such day.

Broad wasn’t bowling poorly. He began with a maiden and there were a few deliveries that got the shook the crowd because the batters ended up being lucky. In between ohs and ahs, Rohit came up with some beautiful strokeplay.

Everything began when Broad came into bowl in the 2nd over after his maiden. It was supposed to be a tense situation as Gill had a rare failure but Rohit was in a different mood. He drove him for a four. A wallpaper-ish kind of shot that had everyone, including Virat Kohli on their feet.

A few deliveries later, he drove Broad through mid-off, this time there was a mini-explosion in the pitch, indicating how it is going to play as the game goes forward.

If there is one shot that could tell you how good was Rohit against the pace today, it has to be the one against Broad again. Rohit had moved forward even before Broad could deliver the ball but it was too full for him to play, thus, he checked his shot at the right time and ended up playing a deliberate chip over the mid-on. The timing of the shot is just too good that we knew he was in for something special for the day.

When one was having the memories of “Puji-Bhag”, Pujara got out, soon went Kohli too. In the space of six deliveries, India found themselves at 85 for 3 but it seemed the trouble was just at one end as Rohit was batting flawlessly at 65 off 62 deliveries. He was taking on Stone and Stokes too, none of them really seemed to trouble him.

Moeen Ali, after that miracle delivery, to dismiss Kohli would have been kicking himself for being a bit on the expensive side. A lot had to do with Rohit and the sweep shot, something he had used a lot today. He also timed it to perfection. While there were a few miscued shots, he made sure that it had landed safely. Such was his control today. He even wanted Rahane to play the sweep instead of going for a drive against Ali.

He also played a lot of square drive today something he didn’t against Australia. Of course, the condition had helped him to free his arms here compared to it was in Australia.

After a while, the bowlers did really give in and bowled according to Rohit’s plan. To add more to it, he was in good control of most of the shots he had played. There was this one delivery where he checked his shot to guide it to the third man even though there was a slip, tells you how confident and how he was managed to play his shots.

No, he didn’t simply sweep against all the spinners. For Leach, who had a different technique compared to Ali, Rohit went on to use his feet more. In most of the occasions, he came forward, danced down the pitch, drove the delivery. He rarely swept him as his line was more of a straightforward, stump-to-stump.

In the middle-overs, he managed to wear the bowlers out and made them bowl a bit short and wide and there were all over the places. Short, length, wide, full. Rohit had answers for everything as he went past his hundred.

Usually, Rohit gets tempted once he gets past those bigger marks. He throws away his wicket by playing shots that weren’t there and ends up finding a fielder. Today, after getting his ton, Rohit wasn’t trying something out of his reach. He was calm, getting his runs as smooth as one could really like, punished those deliveries that had to be treated badly. Similarly, he found an opening to smash Leach while batting at 161. He almost had it but the timing and the power of the shot weren’t enough to take the ball over Moeen Ali’s head. Rohit would’ve disappointed after getting closer to his 200. For India, 161 out of 248(when Rohit got out) is always a good score and is something the team had needed from their opener.

Now, one cannot decide how the pitch would play tomorrow. One cannot decide if batting at this pitch was easier or not until we get to see visitors bat here. Nevertheless, Rohit looked good when it mattered most. Now, over to you Pant. 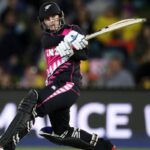 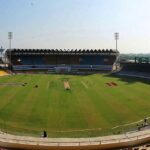