Actor Madhavan is all set to direct Rocketry – The Nambi Effect solely after Ananth Mahadevan left the team due to “unavoidable circumstances”.

Earlier, Madhavan was co-directing the film, based on the life of scientist and aerospace engineer S. Nambi Narayanan, with Mahadevan. It marks the directorial debut of Madhavan, who also essays the role of the protagonist in the film.

“Ananth Mahadevan is an extremely talented filmmaker. However, owing to unavoidable circumstances and certain pressing commitments he could no longer direct ‘Rocketry – The Nambi Effect’,” Madhavan said in a statement.

“Rocketry is close to my heart for many reasons. The film is shaping up well and I can’t wait to tell the incredible story of Nambi Narayanan to the world,” he added.

The story is based on the senior official of ISRO, Narayanan who was in charge of the cryogenics division. In 1994, he was falsely charged with espionage and arrested. The charges against him were dismissed by the Central Bureau of Investigation (CBI) in 1996, and the Supreme Court declared him not guilty in 1998. 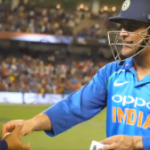 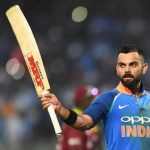 Why the non-linear narrative is necessary in Alaipayuthey?

Shalini wanted Ajith instead of Madhavan in Alaipayuthey!

Madhavan and Simran reunite for Rocketry: The Nambi Effect

Breathe: Into the Shadows is a no-hoper that lacks aspiration in its attempt to renew its previous season