Right after the day where Australian young cricketers who made racist comments were toasted by the Social Media, the under-19 World Cup had another unforgettable moment.

This time, it is a feel good one, and is from the cricketers of New Zealand who carried off an opponent cricketer who was suffering from severe cramp.

The incident took place right after the end of the contest between New Zealand and West Indies.

West Indies’s Kirk McKenzie who was playing great was stretchered off in the 43rd over after suffering from cramps.
Once West Indies lost their ninth wicket in Joshua James (18), a brave McKenzie decided to play the remaining 14 deliveries to contribute to his team’s total.
Almost unable to walk in the middle, McKenzie ended up getting out on the first delivery that he faced after coming in to bat first. McKenzie had to walk back after scoring 99 (104) with the help of 11 fours and three sixes.

While everyone acknowledged his efforts, both Tashkoff and Field noticed that McKenzie was struggling to walk back and they carried him off the field.

The crowd, the teammates, everyone acknowledged McKenzie’s effort with a standing ovation.

An outstanding show of sportsmanship earlier today in the game between West Indies and New Zealand ? #U19CWC | #SpiritOfCricket | #FutureStars pic.twitter.com/UAl1G37pKj

Batting next, New Zealand top-order had starts but no one converted them to a big score and the job once again fell on the shoulders of Clarke who smashed an unbeaten 46 to take his team home along with Field who remained unbeaten at 38. 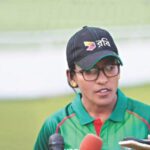 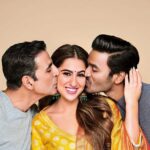 Only If Multiverse Exists