“If not quite done yet and fairytale comebacks” had a face, it would look like Brunt. Being one of the two players from the 2009 World Cup-winning team to play the game till now, (even today), Brunt had been part of England’s some of the greatest victories ever in her 15-year-old career, but you can literally count the days with fingers where she played the game injury-free.

The love she had for the game is as same as her body loved to pick up injuries. Most of the times, it is not her fault.

Nobody noticed that there was a problem with her bowling action when she was young. She had open-shoulders, proper hand movement, but she had problems with the side-on.

It was not until she entered 20s somebody noticed that but it was too late as her discs in the back have already became bulged. The injury forced her to stay out of the game for months or so and recently she had another surgery for the same as well. In the interim, she suffered calf injury and a few more problems that pushed her to the wheelchair life for days. The injury pushed her out of the World Cup T20 tournament that happened months ago, and there was an uncertainty of her return. At 33 and a half then, people would have thought that she would call it a day, after all, there is nothing more left to achieve for her in her lustrous career but she is stubborn, she hates losing no matter what and who is the opponent is. Be it her own body.

She came back and is raring to go to help England win the multi-format Ashes tournament that is happening currently in England.

This attitude of not giving up had a lot to do with her young age. Imagine coming from a strict family, and a school that didn’t allow her to be happy.

Some people grow fast and because of that, they look “heavy”. Brunt was bullied for her weight and that made her an introvert and shy. She wouldn’t fit in anywhere. She fell lost in school.

At a very young age, she doesn’t even know what and why this was happening for her. People would laugh at her in whatever she did. Now, imagine the mental health of the kid. She searched for the places where she would fit in. She was accepted by the boys, and she enjoyed training cricket with them. No, cricket wasn’t her aim but to lose weight was. Soon, she found that cricket is where she would fit in. Fifteen years later, lesser she would have imagined that she would sit in the front row of the England team’s group photograph with a toned body and flexible muscles. These incidents made what Brunt is today.

If not for the strength all the bullying gave her, she wouldn’t have fought all the injuries to stand tall with the ball and open the bowling for the team even today.

Even if not for the cricket, Brunt would surely inspire millions of kids on how to fight back at all the things in life, and how to say “not quite done yet” and to associate yourself for the words, “fierce, passion and aggression”.

Happy 34, Brunt. Thanks for inspiring us! 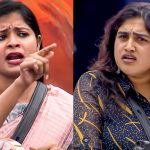 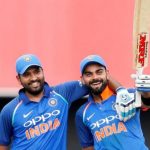 Brunt-Sciver wedding postponed due to Coronavirus