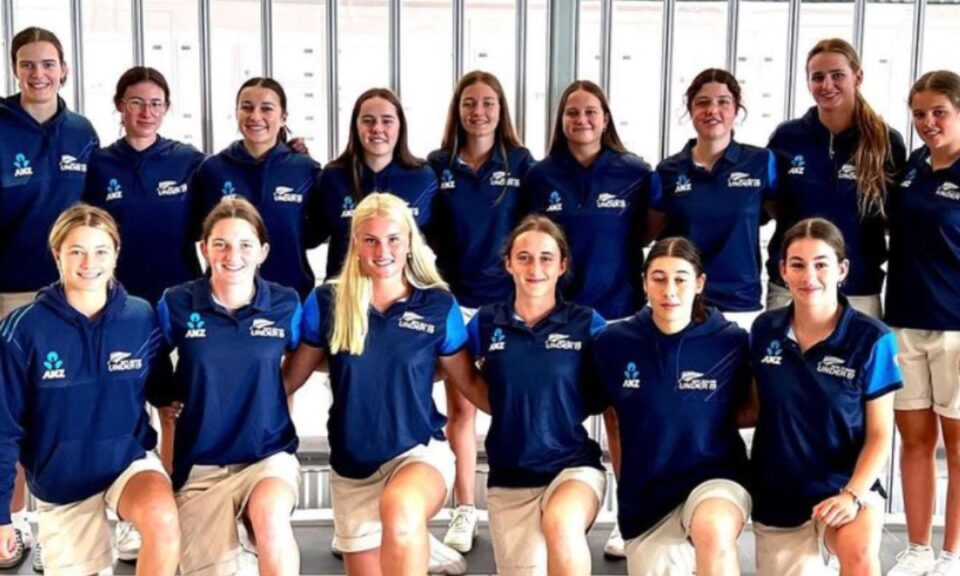 The New Zealand U19 T20 World Cup team are one of the teams who will be entering the tournament with a fresh squad. The World Cup Warm-up will be the first time they will play as a team.

The whole U19 team was supposed to travel to India, but apparently, due to exams, a Development squad replaced them. The Development team, however, featured a few U19 players.

Many players also featured in the recent U19 National Tournament, Super Smash and HBJ Shield. Three White Ferns players, Izzy Gaze, Georgia Plimmer, and Fran Jonas, are part of the team as well.

Canterbury’s Izzy Sharp has been named the captain of the team. Notably, she is one of the four Canterbury players who scored 100+ runs in the recent edition of the Women’s under-19 tournament.

Izzy Sharp is the youngest of four siblings and was into hockey, cricket, rugby, horse riding and swimming while growing up, but her focus turned majorly to cricket later.

In 2021/22, she ended as the Christchurch Premier Cricket’s leading run-scorer of the season with 423 runs.

In the recent U19 National Tournament, Izzy Sharp was the leading run-scorer for Canterbury with 205 runs.

Sharp is one of the most confident players you would see and is someone, who can hit those big sixes with ease.

Another Canterbury player in the team is Abigail Hotton. The 18-year-old plays cricket for the North West/Burnside West University in recent years. She began her career with Weedons Cricket Club. The off-spinner ended the same Premier Cricket season with 15 wickets.

Most importantly, she was one of the top scorers for Canterbury in the National Under 19 Women’s tournament this year with 144 runs from 4 matches overall. She also plays Netball. Also, she was the mixed touch team co-captain that won the National Championship recently.

Talking about the top scorers, Emma McLeod was in some elite form this season. Emma McLeod was the leading run-scorer in the recent U19 National Championships. She made 322 runs with an average close to 65 and also notched up a ton in the one-day fixture, helping Central Districts to grab the silver medal, finishing just a point behind the champions Wellington.

The 16-year-old is one of the young players in the team and is the one to watch out for. The top-order batter has one of the finest cover drives you will ever see. Also, she will be rolling her arms for a few overs here and here.

More like Melie Kerr, Kate Chandler was pretty young when she got into the senior Wellington team. At 14, the leg-spinner grabbed a fifer against the strong Canterbury team in the 2020 edition of HBJ Shield. Kate Chandler ended up with nine wickets in the recent U19 National tournament. The 16-year-old is one of the youngest in the team. She has improved in batting well in recent times. Chandler was the top-scorer for the Wellington U19 team, and recently against Otago Sparks in the HBJ Shield, she added an unbeaten 32. While cricket is her main focus, Chandler also plays hockey.

Antonia Hamilton is a wicket-keeper and top-order batter who had an outstanding 2022. She plays for Hutt District Cricket Club which also features Wellington star, Thamsyn Newton. Hamilton scored the most runs, 601, at 54.6 in the 2021/22 Premier Cricket. In November 2022, in her last Premier cricket game of that year, Hamilton scored 108*.

Hamilton ended the U19 tournament as the 2nd top-scorer for Wellington with 245 runs.

Tash Wakelin got into the senior team in 2021. She currently plays for Bay of Plenty alongside White Ferns contracted Nensi Patel.

Wakelin can also bowl a bit and is an attacking batter. She scored 308 runs with a strike rate close to 112 in the recent U19 National Tournament. One of the players who have experience playing alongside and against senior players.

Natasha Codyre is one of the players who travelled to India with the Development team. She played against both West Indies and India in Mumbai. In her five matches, she had five wickets including a three-wicket haul against West Indies.

The pacer represents Wellington Blaze and was a part of last year’s winning team as well.

Olivia Anderson is one of the quickest bowlers in the team. She plays for Parnell Cricket Club and is a part of Auckland A and U19 teams. She comes from a cricketing family. Her father David Anderson was also a pacer who used to open the bowling for their club. Her younger sister and her brother also represented the club in a different group.

Anderson picked up four wickets in the National U19 Championship. Olivia’s recent best came against Cornwall in November 2022 where she grabbed five wickets including a hat trick.

Kayley Knight was yet another player who travelled to India recently. The pacer ended the series against India as the joint-leading wicket-taker with 10 wickets at an economy rate of 6.5. The tall pacer also troubled Suzie Bates in the recent Super Smash game where she ended with the figures of 1/12 from her three.

Kayley Knight is the daughter of Northern Spirit and Gisbourne cricketer Mel Knight. The mother and daughter have played against as well as together several times. Kayley even made her Northern Premier League Women’s Cricket competition debut under Mel Knight.

Paige Loggenberg is an all-rounder. She also travelled to India recently with the development team. The all-rounder was Otago’s leading run-scorer in the 2021/22 edition with 214 runs at 71.33. Loggenberg had a couple of half-centuries as well.

Born in South Africa, Paige moved to New Zealand when she was young and took up cricket after watching her brother. She also played hockey, volleyball, and basketball while growing up. Also, Paige runs a jazz band called No Man’s Land.

Louisa Kotkamp is yet another pacer in the team. She is from Dunedin and has represented Otago in various age groups.

Kotkamp has represented Otago U15 team as well. In the 2020 U15 National Tournament, when Otago ended in the 3rd spot, Kotkamp picked up 12 wickets including a hat trick. She also won the Southland Cricket’s Female Rep cricketer of the year for her performance.

Kotkamp also has represented the Otago U18 Hockey team.

Anna Browning is currently having a busy time. She was a part of New Zealand’s U23 Indoor cricket World Cup-winning team. Months later, she was awarded the Auckland contract. Then she travelled to India alongside the Development team. She featured in a couple of Super Smash games for Auckland and now, she is travelling to South Africa for the U19 World Cup.

Anna Browning is one of the stylish openers in this U19 team. She is also very handy with the ball.

When Auckland lifted the U15 National title in 2019, Browning was the captain of the side. She also won the player of the tournament.

Georgia Plimmer, Izzy Gaze and Fran Jonas have already represented the White Ferns and even were a part of the Commonwealth Games Bronze Medal winning team.

Note: Breearne Illing picked up an injury and was replaced by Louisa Kotkamp. 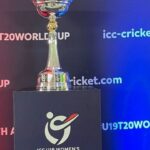 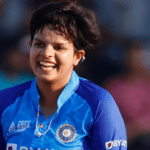