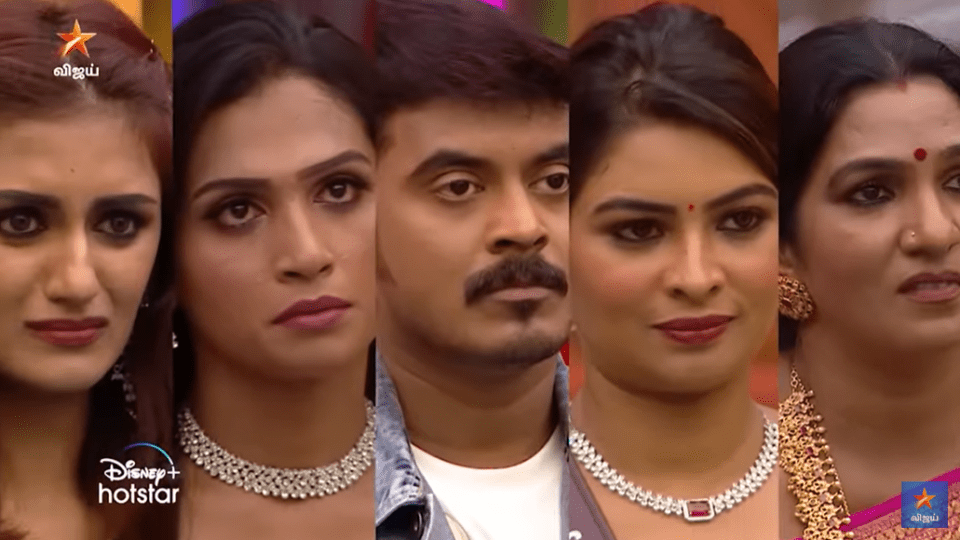 Bigg Boss 6 Tamil Day 14 Episode 15, begins with Kamal Hassan’s speech and then we see Mynaa give awards like “Lion of the house”, “Fake one in the house”, and so on. A few contestants- Maheshwari, Azeem, ADK, and Dhanalakshmi aren’t satisfied with the title.

Kamal asks for a reason and gives that title to someone else. Dhanalakshmi, who was given the “poisonous like snake” title, gives it to Azeem.

Maheshwari gives her title to Azeem as well.

Azeem says that he accepts it and will look to change in life.

Everyone talks to Kamal about the ongoing fight. Mynaa says that Azeem was the triggering point for everything. His “Podi” started everything.

Ram and Janani say that they also want Ayesha and Azeem to go to jail.

Everyone explains why they picked up that particular spot.

Sherin and Ram are saved.

Dhanalakshmi and Asal explain their fight to Kamal. Dhanalakshmi says that Asal body-shamed her. Kamal says that it is wrong as they all carry social values and shouldn’t use these words. Kamal reminds Asal that one should always fight for what is right.

Kamal then asks who has changed from Day 1 to now.

Nivaa is saved for the week.

Shivin is saved next.

Shanthi is eliminated for the week.

Shanthi picks Queency is participate in the Leader task instead of her.

Maheshwari begins to cry asking if she is not doing something right and that is why she wasn’t saved earlier. 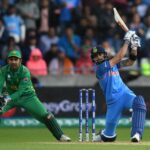 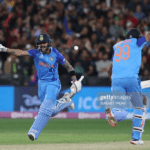