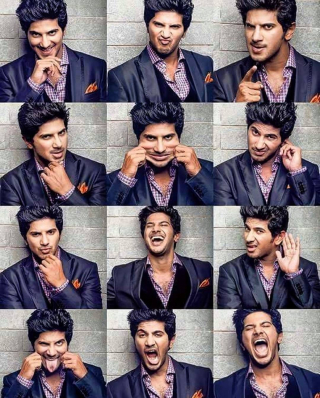 It is never easy to be the son of one of the most celebrated actors of Indian cinema. It is never easy to come out of the father’s shadows and survive on own. Being the son of Mammootty, DQ’s each and every step was always under the scanner. He had to work more than a normal star to survive in the industry. DQ has done it very well compared to many other actors. He has this beautiful screen presence and has the ability to grab all the attention.

When his first movie Second Show was released, Mammootty’s son did not disappoint read most of the headlines. With Ustaad Hotel, he was quick and was successful in coming out off his father’s shadows. People soon started to become a fan of him and his acting skills alone and not because of his father. Something many actors still couldn’t achieve even after years in cinema. Though his third movie and a few that followed panned at the box office, I couldn’t see a single review that didn’t praise his performance.

Ask your friend to suggest some Malayalam to watch, and I’m sure Bangalore Days will be one of them. Anjali Menon’s Bangalore Days touched everyone and this movie emotionally did connect with most of us and will remain as one of the best ever.

Both his “100 days of love” and “OK Kanmani” had Nithya Menen as his pair and I loved them both. OK Kanmani is a sort of comeback movie for Manirathanam, and I was going crazy about the movie for at least few months. I remember Barathwaj Rangan’s review- “Dulquer Salmaan checks off all boxes in the Can You Be The Next Madhavan? questionnaire”. Yes, DQ really was cute, charismatic and whatever Maddy was in Alaipayuthey.

Charlie, probably one of his best. It did make me smile throughout. I loved the way the movie played around the raw emotions of a character. Kali is yet another movie of his I enjoyed throughout. Both the movies did make DQ one of the biggest stars of cinema.

When Mahanati was all about Keerthy Suresh, DQ did carry his role well as Gemini Ganesan.

When most of the actors from other languages will find it difficult to speak Tamil (ha! most of the people in Tamil cinema as well). I have seen many who made a mess of it, but DQ’s Tamil in both Vaayai Moodi Pesavum and OK Kanmani was almost flawless, better than the most in the Tamil industry. What I always liked about DQ is more than his looks, he makes justice to whatever role he plays. He is indeed one of the successful stars of cinema right now, and I hope he continues to succeed. 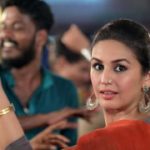 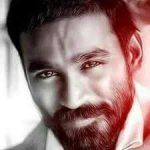 Why the non-linear narrative is necessary in Alaipayuthey?

Varane Avashyamund[2020]: A breezy tale of neighbourhood that becomes part of your life when you let it to be

Maara[2021]:A mesmerizing tale of love has sincerely preserved its charm in it’s remake

Dulquer Salmaan shares beautiful message for his daughter’s birthday: ‘Our smiles and our laughter’