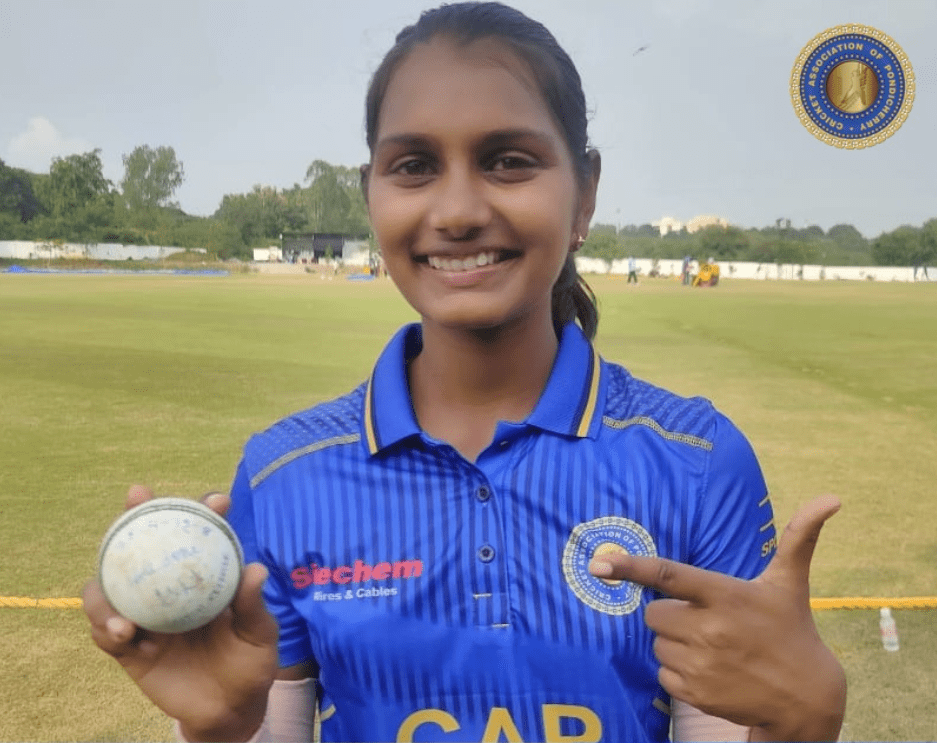 The 2020/21 domestic season witnessed many youngsters come through of ranks. Amruta Saran was certainly one of them. The teenager, who is already a star in Pondicherry senior team, was one of the best bowlers in the U19 One Day Trophy that year.

Despite playing only four matches in the series, Amruta Saran ended as the 2nd leading wicket-taker with 16 wickets. She even grabbed an eight-wicket haul against Goa.

“Picking eight wickets in the match made me more confident,” says Amruta. “Today, I know how to bowl to different batters, I can read their movement. This match provided me with a good perspective when it comes to my strength”

The same year in March, the leg-spinner was the joint- 2nd leading wicket-taker in the Senior One Day trophy that featured several national team players. Amruta scalped 16 wickets from 6 matches. Her consistency helped the team Pondicherry to register four consecutive wins.

“Shweta ma’am has been a great motivator for me. She takes time to clarify everyone’s doubts and gives you time to practice more. She really cares”, adds Amruta.

From pacer to spinner

“When she was in Class 3, I made Amruta join summer classes because I didn’t want her to sit idle at home during holidays. At first, it was martial arts… A year later, it was Tennis and then swimming, followed by cricket”, says Amruta’s father.

He adds that he wanted to check if she would fit in any of these sports, and Amruta fell in love with cricket.

Interestingly, the Vishakapatnam-born bowler didn’t start her career as a spinner. Also, she was into other sports before getting into cricket.

“I always loved cricket. My dad was into sports, and cricket was his favourite. I began following cricket at a young age but only after getting into the academy, I knew more about women’s cricket and cricketers,” says Amruta.

Mr Prem Chand adds that he took her to an academy in Visakhapatnam where she began as a pace bowler. “She was a genuine fast bowler and was quick for her age. She had a unique release point too”.

One of her coaches suggested the change from pacer to spinner as he felt that she was a natural.

“Her ability to spin is natural, God-given talent. She can spin the ball a mile”, says Amruta’s father. Since the change, her career has been on a rise. Soon, she made it to the district and zonal teams in Andhra Pradesh.

When the Under-16 boys’ team of Pondicherry toured Andhra Pradesh, they had a match against Kandukuri Cricket Academy. When the opener of the academy boys’ team had to miss out for some reason, the coach wanted Amruta to pad up. The spinner who rarely practised batting went out and scored a half-century.

“I have no idea how it happened,” she laughs.

“I have never seen her bat, to be honest. When the coach asked her to pad up, his instruction was to stay and support the other batter, but Amruta scored a half-century”, says Amruta’s father.

Impressed by her batting, she was approached by the Cricket Association of Pondicherry to play for the team.

Amruta’s father, who is working in shipping, was already in Pondicherry at that time but had to think twice before deciding on her move.

“She was young at that time and had language issues too. We thought she would find it difficult”, he says.

Amruta adds that she did find it difficult initially. “I did have language issues but my friends helped me out to learn the language. Today, I’m literally the translator in the team,” she adds.

Amruta represented the U16 women’s team of Pondicherry and became the captain of the team very next year.

“I would want her to concentrate on her bowling, but if CAP offers her the leadership role in the future, I think she can do it”, Amruta’s father says.

Amruta, who is a 1st-year college student at Sri Sai College in Yanam, credits her family and college for helping her balance her studies and cricket.

“My Father is my idol, and I got into this sport because of him. I used to accompany him for men’s matches at Vishakhapatnam, but when it comes to studies it is my mother. She has been supportive right from the start. My college, teachers are very helpful too,” she says.

Amruta Saran also made it to the NCA academy recently. “It was a learning experience”, she says and is hopeful of performing well in the upcoming tournament.

“Amruta has been working hard for years now. She has her own turf at home in Vishakhapatnam and a personal trainer too”, says her father.

“I prefer practising alone. It helps me to learn new things”, says Amruta.

In fact, Amruta doesn’t own a social media account. “She is still young to own one. I think it is better for her to stay away from social media… At least for now”, says her father.

“Of course, my friends make fun of me for living in old age, but this is more comfortable for me and helps me in focussing on my game”, she laughs.

Pondicherry Cricket organized multiple tournaments for women and girls ahead of the season. There were One-Day matches, T10, T20 and even they played practice matches against the Thailand International team.

“Match practice is always important, and we were able to learn a lot from playing against the Thailand team”, she signs off.

With the season around the corner, the family is confident that Amruta would make heads turn once again. 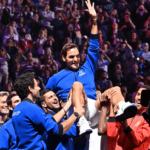