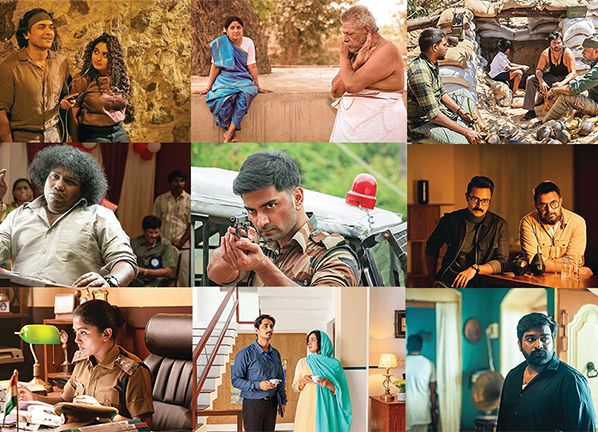 Navarasa, the new Netflix Tamil anthology series, brands itself as a representation of Tamil Cinema and comes up with a disappointingly mediocre output, despite having reputed writers-directors of the industry in the team. It’s not uncommon for filmmakers to make more misses than hits but the least we expect to see them is to connect with their own souls, to be passionate about what they have taken up to do. I found it underwhelming to see that there is nothing revolutionizing about this. It’s disheartening to see the minds of these great filmmakers starve to make something even remotely refreshing.

The objective of this anthology is to explore nine human emotions with nine-parts episodes. And not all of them have been successfully explored. It begins with Bejoy Nambiar’s Edhiri which is set out to explore Compassion. Vijay Sethupathi, in his nonchalant way, expresses very less which makes it difficult to read into his need to seek the compassion he’s looking for. Bejoy sets the mood well for the story with Govind Vasantha’s haunting score. But the connection, which it’s trying to make, is largely amiss. Without uttering a word, Revathi says a lot with her emotions. Prakash Raj is just a wise voice which isn’t enough to make this short and interesting.

Priyadarshan’s Summer of 92′, which supposedly explores the emotion of laughter and comes out as a poor output. It doesn’t even try to be a passable work while having a very good set of actors like Nedumudi Venu, Remya Nambeesan, Yogi Babu in this substandard piece. It shows how poor the filmmakers’ sense of humor could get and how badly the same could be executed. It’s an utterly disappointing short which doesn’t have a soul to reflect or even just to mindlessly enjoy.

After the 2 big misses, there comes the 3rd episode, Karthick Naren’s Project Agni. It deals with the emotion Wonder which it quite does with an ambition it requires. The short quickly grabs the attention it supposes to. Arvind Swamy is a great fit. He’s gripping. Prasanna is monotonously clueless. But it lacks passion. Karthick proudly shows how much he’s influenced by Hollywood filmmaker Christopher Nolan and all the science fiction works he’s explored. Hence it only comes out as a brainchild of an ambitious fan rather than as a passionate, original work of a filmmaker. Ron Ethan Yohan helps the film with a reverberating score.

Payasam is one of the best shorts of this anthology. From director Vasanth S Sai, after a long time, we get to see a sincere, well-adapted work. Payasam explores the emotion, Disgust. It does its work very carefully with great attention to detail. Delhi Ganesh, yet again, proves how wonderful as an actor he is. You see the pettiness of an old man, you learn that you must disgust at it and yet you also learn to reason with it. In the works of Vasanth, the disciple of K. Balachandar, just like in his peer’s works, you also see how much he likes to play with the gestures. The gesture explains the unsaid emotions. It moves you, makes you think, and introspect. Payasam is a heartfelt work that deserves a resounding round of applause.

Karthik Subbaraj’s Peace explores the emotion of Peace with the backdrop of the Srilankan warzone after his recent venture in Jagame Thandhiram. As the filmmaker has often mentioned his penchant to tell the stories of the ordeals that the wars can leave, he shows his passion for it. But what it lacks is a firm clarity and an impact it wants to offer. The film seems delicately honest to the show it wants to stage and also plays it safe.

Arvind Swamy’s surprising directorial venture looks finely interesting. He explores the emotion of Anger among the struggles of working-class people. Despite experimenting with the same done and dusted tale, Arvind Swamy still makes it memorable. There is a scene in which the siblings talk about their awful plight while the mother is lying down, showing her back to them. They talk about the uncertainty that their financial status offers, the fear about their future, and what it has in store for them. Listening to this, tears roll down the mother’s cheek and a lump in her throat. It leaves an impact on you. With Santhosh Sivan’s beautiful cinematography, AR Rahman’s score, Roudram, the film, only ticks its checkboxes rather than bringing anything afresh.

Inmai, an interesting segment in this anthology, takes you by an element of surprise. It explores fear and the film lives up to its objectivity. Siddharth and Parvathy Thiruvothu give a silently arresting performance. It’s hypnotic. It’s beautiful but it shows the danger that lies beyond this beauty. Vishal Bharadwaj does the music for this mesmerizing short. Inmai finds a place in your mind even after you finish watching it.

Sarjun KM directs Thunindha Pin, the story written by the director and the producer of this series Mani Ratnam. It sets out to explore the emotion of Courage but it severely lacks the gumption for it. It seems to be a story about the year-long fight between the Indian Army and the Naxals in the dense forests. But also, it’s shrunk down to the perspective of a rookie army man whose wits and knowledge, about what’s right and wrong, are made to pit against each other. There is a line Atharvaa says to his crewmate “I could feel the adrenaline rush of being in the forest so much so to even write poetry.” It’s interesting to give a perspective of a man, who is part of making war, who talks about writing poetry. But the film doesn’t rise to unravel anything profound so much. Kishore cuts out to echo the lines that the story requires. You see an injured character but the film still misses to flesh out its characters.

There comes Gautham Vasudev Menon’s distinctive style of a love story, Guitar Kambi Mele Nindru. It takes up to explore love and charmingly untangle the attraction between a musician, Kamal, and a singer, Nethra. Music unites them even before they meet each other. The film is passionate. It feels personal. It is rich in its filmmaker’s signature. This amusing encounter, between a man and a woman, has the moments beautifully engraved. The emotions are sometimes loud too such as the ones when Kamal says he saw a woman who sounded like his mother. It goes a bit cliched when conveying such an unadulterated emotion of a man. But it’s all a glitch you badly want to neglect when you fall for such a meet-cute story. You fall in love with those amazing visuals, the little detailing in its emotions like a ringtone, a brilliant expression that says a lot than their words. Kamal as Suriya seems to be so evolved when it comes to moving on in life and moving on from love after seeing Vinnaithandi Varuvaya’s Karthik. Suriya fleshes out a shelled young man who acknowledges the sprouting love in him, to let it inspire him. Nethra is magnetic and so cheerful. It’s impossible not to fall in love with her undemanding candidness. Music composer Karthik has been Kamal, the protagonist of the story, throughout the film. He lives in his music, in his songs. Director Gautham has hit this one straight out of the park. He makes you see that how love and life go hand in hand to inspire each other and you too still keep moving forward. 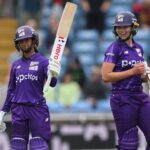 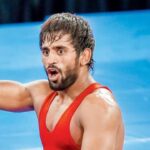 First single from Navarasa is here!