With the promo number three today, Kavin shocked us all by standing up when Bigg Boss offered five Lakhs.

While we are yet to see what had happened next, the reports say that he is all set to leave the house. Whereas, a few others say that these reports are completely baseless and Bigg Boss is trying to create a buzz, thanks to his fans.

Talking about his fans, they are already ruling the twitter with No Kavin No Bigg Boss is trending in the Twitter now.

It will be interesting to see if he is eliminated.

For sure, we don’t want Kavin to move out of the house this way but to fight till the end. Considering the number of fans he has, he can certainly pull it off. His fans would love the same too. 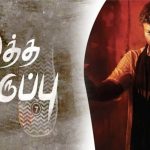 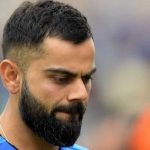 Kohli is a demerit point away from suspension!

Mahat to tie the knot soon!