The Indian men’s doubles pair of Rohan Bopanna and Ramkumar Ramanathan defeated the top-seeded Ivan Dodig and Marcelo Melo to win the Adelaide International on Sunday.

This is the first title for Ramkumar while it is the 20th title for Rohan Bopanna.

The unseeded duo had to fight hard for the first set which they eventually took 7-6.

Then they continued their good form and ended with 6-1 in the 2nd set to lift their first trophy together. 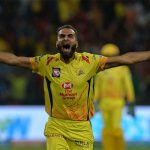 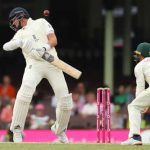