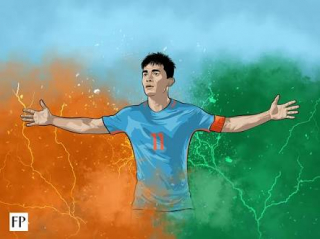 We live in a world where a few sportsmen and women don’t get what they deserve. If we look deep, Sunil Chhetri will be one of that kind.
From a small wiry kid emerging from the shadows of Bhutia to become India’s captain fantastic. Sunil Chhetri has given so much to the country which most of the times went unnoticed.
Born in Secundrabad, Chhetri didn’t have to look outside for the inspiration as his Engineer father played football for Indian army whereas his mother represented Nepal National team. The best part was that he had the opportunity to play along with his idol Bhutia. He debuted in 2005 against Pakistan where he scored his first international goal.

When we talk about Kohli and his leading from the front attitude, Chhetri is equally excellent. With him around, the FIFA ranking of India has consistently increased and is at a career best of 97.

When a hundred international cap is still a dream for a many with the international calendar allows for around 10 matches every year, and for a country like India, who don’t get to play the marquee tournaments just yet, the chances are lesser. Still, Sunil Chhetri is third in the list of most goals among the active players.

Still, the man had to plea for support with a video in the social media. The response for the video, mildly put was overwhelming, showed an illusion for a change, appeared as a ray of hope for the future of India football. Hopefully, the team get what it deserves in the upcoming tournaments.

Most of the players now are indeed a creature of fans. They live for those standing ovation from the crowd every time they score. Give Chhetri 200 more national team caps, and they won’t mean anything if there aren’t fans to clap the team on.

With India’s aim to do better in the upcoming tournaments, to finish inside the top 10 among the Asian countries, For Sunil Chhetri to have accomplished what he has, and to enter the latter part of his career looking fitter and more charged-up than ever, must count as one of the greatest gifts for Indian sport. 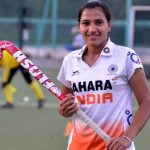 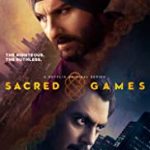