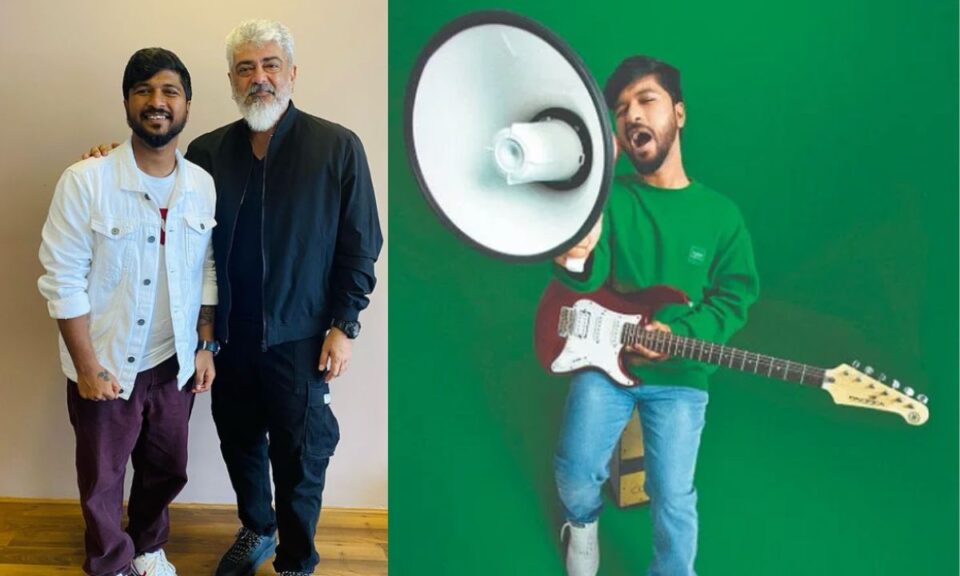 Vaisagh is having a time of his life. The re-release of his song “Kaaka Kadha” went viral on all streaming platforms last year, and to beat all that, Thunivu’s “Chilla Chilla” and “Kasethan Kadavulada” have taken things to the next level. Today, he is more of a household name.

Talking to Penbugs, Vaisagh shares about his life, his songs and how his life changed after singing in Thala Ajith’s Thunivu.

Excerpts from the interview:

How did your journey as an artist start? We know your path isn’t easy…

It wasn’t exactly a smooth walk, but I believe that the struggle is what made me enjoy and be grateful for where I’m now.

After my schooling, I decided to move to Chennai. I joined a college and learnt music. Mom used to run a shop and was the breadwinner of the family. When I moved, it was difficult to manage the expenses. Since it took me a while to get on my feet, the expenses were a burden, but my mom motivated me and supported my aim.

I joined hands with a friend named Judah, and we began our careers as independent musicians. A couple of years of struggle and a pandemic later, here we are.

Which song was your first breakthrough?

In 2015, I did an album called ‘Madrasi’, but my first breakthrough had to be ‘Meme Anthem’.

Some 6-7 years ago, Meme creators were everywhere. The trend was just starting, and everyone was enjoying it. We did an album to appreciate them. The “Meme Anthem” was well received and was shared on several pages. That video gathered more than 40 thousand views. For an artist who hardly got any likes, it was a big boost.

By now, everyone would know that the initial title for the song was not ‘Kaaka Kadha’. (laughs). Unfortunately, we couldn’t keep the original title.

So, during the Pandemic, I was back in my hometown. I was walking to a nearby tea shop and was a bit down. I started typing down some random lyrics on my mobile with the things I saw at that time.

Later, I went to a jamming night with a friend and performed it for the first time before a small gang of people. They enjoyed it. So, we released the audio online. After hearing the song, we were approached by a music label and wanted to release it as a video song. We took down the audio from the internet and went ahead with the video song.

I want to thank the whole team because the video song was my “relaunch”.

Great now, tell us about the Thunivu experience and everything.

I’m still flying. (laughs). One random day, I was driving, and I suddenly got a call, saying that Gibran sir wanted to meet me.

I was confused. When I reached the place, Vinoth sir was there, and he said that he had heard Kaaka Kadhai and wanted something similar.

I was obviously nervous and confessed that I had never worked for another composer, but the team motivated me to write. I finished the whole draft in a single night, and we then made a few changes. Chilla Chilla was born.

Days later, when one of my albums got released, Ghibran sir happened to hear it. He immediately called me for a meeting and said that he needed a fun song like that. Kasethan Kadavulada was born.

When I returned to Erode, it was a weird experience as I had to keep this project a secret from everyone.

How was it to meet ‘Thala’ Ajith?

As I was so busy checking if it was a dream, I don’t remember most of it now. (laughs).

So, I hesitantly asked Vinoth sir if I could meet Ajith sir. Vinoth sir laughed seeing how nervous I was and asked me to drop by.

Incidentally, THE DAY happened to be my birthday. I waited until the shoot got over and spoke to him for an hour. Somebody mentioned that it was my birthday. Ajith sir stood up, hugged me and told me that from now on, everything will just be great for me, and I would be reaching heights.

This is nice, and I guess, you are a fan of his?

Of course. I have watched his Mugavaree so many times. I can still relate to the struggles he would go through in the film. The film is relatable to all struggling musicians.

As a person, how did this recent success change you?

What is your future plan?

What is your advice for upcoming artists?

I know I haven’t achieved anything to advise someone, but if I had to say something, I would tell the artists to take a break when they are feeling overwhelmed and work on things only when they are in a better mind space.

As told to Anjali Raga Jammy 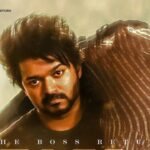 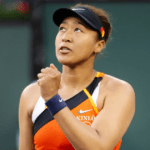 It’s Petta versus Viswasam for Pongal 2019