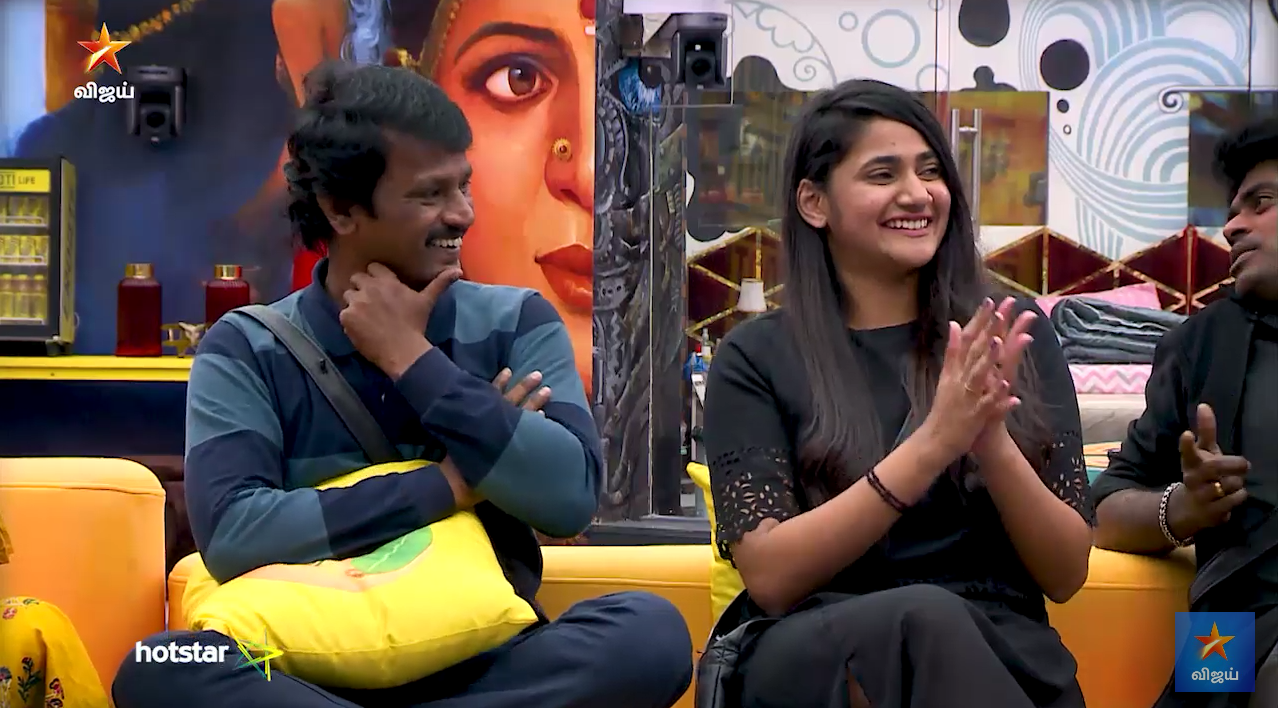 Bigg Boss contestants have begun to create new issues in the house as they no longer have anymore old issues to chew upon. Even Losliya – Kavin issue has not come to picture today. We see their day begins with cornflakes and milk for breakfast. It seems that they have tried this “dish” today for the first time in the house and they don’t have the strength to finish them up completely. Even the task “Amma naan poitu varen” completed with yesterday, Sandy, Mugen and Kavin are still in the task zone and let out their child self once in a while to lighten their moments. This task has tapped something in them and they found the joy of being a kid once again by Bigg Boss.

Sherin and Tharshan, who has been one of the duo who maintains a good spirit of friendship in the house, step on the wrong foot. It just starts a small spark and wrecks Sherin in a way she didn’t imagine. They were playfully arguing but they both hurt each other with their arrogance. While Sherin might not know the reason for Tharshan’s anger, Tharshan doesn’t make an effort to let her know the reason and stir her more by touching a wrong nerve of her, by disrespecting her knowing that it would irritate her. He snaps at her which hurt Sherin. She is puzzled to know why she is even hurt as this is a game, everyone is a player. She knows she doesn’t let her emotions get control of her but she couldn’t help but feel that way. She is emotionally down. Sherin is being advised by Vanitha to keep her distance in any relationship in the house as it is just a game and she needs to know her place in the game. Sherin is confused as she is only in the flirt zone with Tharshan and it is wrong of her expect anything but nothing from him. She is just overwhelmed that she let him take the right to insult her. Sherin decides to keep her distance in this relationship.

Captain of the week is chosen. Cheran, Sandy and Losliya are the competitors. Interestingly, The task to choose them doesn’t involve them. Other housemates choose the competitors’ name from a bowl. And the maximum no. Of whose name that is chosen is the winner. Cheran wins it and becomes the Captain of the week. We see Losliya and Kavin spends more time as usual away from the house, in the garden. Losliya shares with Kavin the fact that her parents never cut her a birthday cake which she longs to do and once her friend from 7th grade cut a cake on her birthday which is the first one. Kavin just looks at her in an awe and they both have begun to be a “trouble” in each other’s life.

Today, the housemates are busy with task after task. First, the housemates are divided as two teams to play a series of fun subtasks. Each subtask is played by one of them from the teams. Kavin and Mugen compete each other to get coins that are buried under flour bowl. Kavin wins it. Vanitha and Kasthuri go against each other in the next subtask where they both have to jump and shake themselves to get the balls from the basket that is tied to their waist, without touching them. Tharshan and Sandy go against each other in an eating subtask. It is draw match. They both eat as many laddus as possible. Losliya and Sherin compete each other where they have to apply gel to their nose and carry cotton balls from one end of the room to another to put them in the basket. Losliya wins it. They are awarded with 5 star 3D chocolate which Losliya grabs in a spirit without letting the other team to enjoy it. She shares a piece with Cheran and Losliya too after a slight friction in their conversation and just fades in the air. Cheran advises Tharshan not to show his arrogance to someone who expects a certain kind of love from him. If Sherin is upset, it means she expects Tharshan to show her the flirty love and ends up hurt when she doesn’t see it. Vanitha also tells Tharshan not to stir up the topic anymore with Sherin as it would only worsen the situation of both of them. Though Sherin is personally hurt, she never lets it take over her in the house tasks. She plays on the same team as Tharshan and gives her complete attention to the task.

Another task sponsered by Nippon paint, housemates are asked to find clues that are hidden in the house, the clues have Tamil song lines which depicts Nippon paint’s properties. They match the paint’s properties with the movie song. While Mugen and team finds the clues with one clue and matches the properties in a very less time than Kasthuri and team. Kasthuri doesn’t seem to care about the time constraints that is set in task and do it at her own pace. This infuriates Kavin a little. To make it even worse, Kasthuri finds the clues with two helps from the judge Cheran and is about step away for a moment to have some water after an exhausting hunt for clues. She sings the songs instead of reading the text that would save the time for the team to complete it sooner than Mugen’s team. They lost it by one minute and Mugen’s Team wins it and they cut Nippon’s victory cake for the contestants. After the house settles for the night, Cheran advises Sherin not to lose her cool-self at any moment in the house. Sherin also understands how these feelings and hurt are unnecessary while Tharshan explains the reason for his anger towards Sherin to his friends and admits that he intentionally infuriates Sherin on the nose. It seems Vanitha said that cleaning in boy’s room is not proper when Tharshan just cleaned the rooms with backbreaking efforts. He says Sherin saw that he cleaned and disappointed that why she didn’t tell Vanitha that she saw him cleaning properly. The contestants meet Kamal tomorrow and we will see some moral lessons and who gets to be saved from eviction.

Tune in for more! 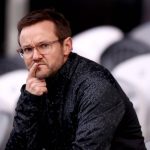 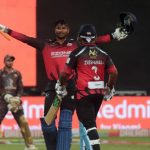