Raju wins the Bigg Boss 5 Tamil title. After 105 Days inside the show, Raju lifts the trophy and will take the prize amount.

Priyanka ended the show as the first runner-up and Pavni Reddy was the 2nd runner-up. Ameer and Niroop were the other two finalists.

Ameer, who entered the show as a wild-card contestant, was the first one to enter the final after winning the Ticket to Finale task.

Niroop became the second finalist after a controversial decision in the following week.

In the following week, Raju became the third finalist based on the Audience vote. Priyanka and Pavni followed him next.

In the final week, Bigg Boss witnessed the entry of ex-contestants and then Pongal celebration as well.

Priyanka’s leg got worse and she had to leave Bigg Boss house for a couple of days. She then got fit and entered the house on Day 104.

On the final day, Bigg Boss witnessed performances from Varun and Akshara and Sivakarthikeyan was present in the house as well.

Kamal announced Raj Kamal films’ collab with Sony India. They will produce a film which will be directed by Rajkumar and will star Sivakarthikeyan.

Later, one by one gets out of the film and in the final, Bigg Boss gave a final goodbye to both Raju and Priyanka.

Kamal then entered the house, took Priyanka and Raju out. After a while, he announced Raju as the winner. 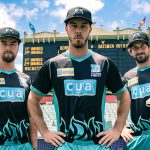 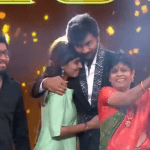