A few years back, Tim Paine was battling with his retirement. He wanted to retire but he didn’t. Today, he becomes the first captain since Steve Waugh to bring the Ashes of the English cricket home. First captain in 18 years.

Of course, the credits must go to Steve Smith who had done wonders with the bat, something phenomenal that you would wonder if he is a human. Yes, he is.

After some useful batting from Labuschagne, Paine and Starc around Smith’s 211, Australia kept the Headingley heartbreak away to post a total of 497 for 8.

In return, Burns’s 81, Root’s 71 and Buttler’s 41 took England to 301. Starc and Cummins took three wickets each but the best bowling came from Hazlewood who grabbed four.

In return, it was a poor show for Smith’s standards who got out for a low score of 82. A well-paced batting from the lower-order took Australia to 186-6.

Chasing a mammoth total of 383, England lost Root and Burns in the first over for some Cummins special. Cummins then went on to take two more wickets. England tried to save themselves on the final day through Denly’s 53 and some starts from the lower-order batters. It wasn’t enough to save themselves as Australia retains the Ashes. For Australia, Hazlewood and Lyon grabbed two and Starc, Labuschagne picked one each. 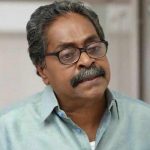