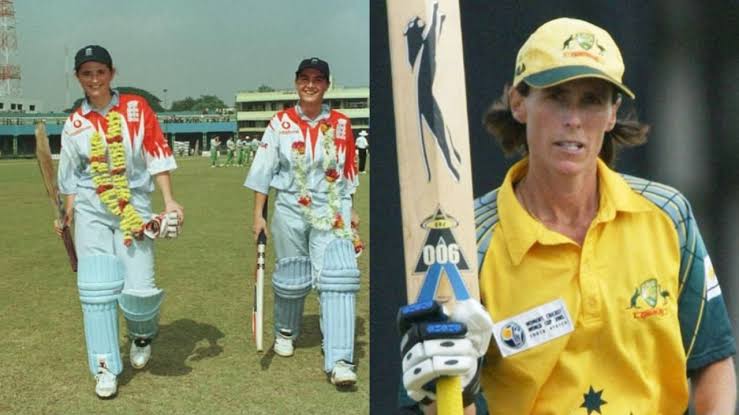 Indian soil is the birthplace of records and of course, record makers. We have seen different players coming out to bat, scoring the mammoth amount of runs. Especially, with the introduction of T20s, no score is bigger these days. We live in a generation where double ton is possible in a T20I match.

This wasn’t the case when Belinda Clark was batting in 1997. She was here just to face the second match in the Indian soil. They were in Mumbai for their match against Denmark. By the time they took on a team which you don’t call it as an equal, they would have received the news about their ashes rivals England going berserk against Ireland. They scored 324 and Charlotte Edwards continued to dominate 1997 with yet another century. This time, it was 173*, this time it was a day before her 18th birthday and a world record can only make things better. She was sending a message, a strong one, to everyone in and around India and the news possibly would have reached Clark first.

Clark wasn’t really trying to score a double that day but to ensure that she bats through, to get used to the surface for the upcoming matches. She was enjoying the batting and there was a lot of running involved during the knock, let me not get started about the fitness level of the team. They can easily give the sprinters run for their money. The elegant strokeplay and the way she kept things simple despite finding the boundary line 22 times was nothing short of brilliant.

The stands of 168 and 136 with Lisa Keightley and Karen Rolton respectively saw Clark slowly climbing up that ladder, scoring a few runs ahead of Edwards, reached 229*. Australia ended up scoring 412 for 3. Just 20 minutes later, Clark stole the highest score from Edwards.

For Edwards though, the day was great, the knock was great and the few moments at the top of the World Record was certainly massive.

1997 is a year to remember for her, in fact, most memorable. For the run she had, it was “The ‘Edwards’ Year” and it did turn to be an inspiration for many of the cricketers. Edwards cares more about this and the World record.

Australia then ran through the batting order of Denmark as expected and the girls were in a way embarrassed to be on the receiving end. The umpire Madan Singh who had the best view of the match told the girls that they weren’t poor but it was sheer brilliance from Belinda Clark. Maybe, the result wouldn’t be much different if it was some other team because Clark was on the mood that day.

However, the knock that buried Edwards’s birthday special was buried by her male counterparts.

1997 World Cup is special in many ways. India hosted the cup and there were thousands of people who turned out to watch the match. The lap of honour by the Australian team after winning the World Cup is one of the best scenes ever in the Women’s cricket. While that was happening, lesser did they know that they were inspiring millions of youngsters to pick up the sport. One of the million was the legend, Jhulan Goswami. Thanks, Fitzpatrick. We owe a lot to you for doing that.

IPL2020: Top five players CSK might go for in the auction