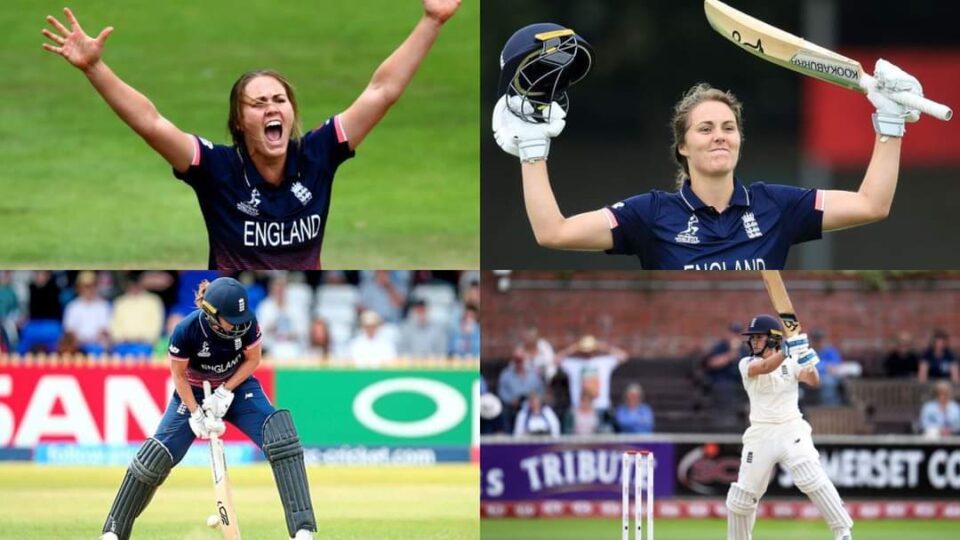 Debuting in 2013 for England is not something one would really want. The team had champion batters like Charlotte Edwards and champions bowlers like Katherine Brunt. Now, I feel you, Sciver. Initially, she was selected as the bowling all-rounder but couldn’t bowl her full quota and batted as low as number 8. Full of potential were the words one would use to describe her but unfortunately, it wasn’t put to use, blame the strong squad.
However, Sciver’s domestic performances were too good to overlooked-despite becoming the first England player to pick a hat-trick in T20Is-and she was there, waiting to outshine the stars.

Three years later, in 2016, the England team began to hunt for new, young talents and Sciver’s name was out there topping the list. Right after the retirement of Edwards and a few other experienced players, Sciver had an opportunity to play at the top. Again, she had to play in different positions and until this year where she played and played well at number three spot. Of course, your best players should be playing most of the deliveries and undoubtedly, Sciver is one of those players who can take the women’s cricket forward, especially in T20.

Her first big knock was probably against Pakistan where she scored a 33-ball 80 in 2016. Well, it was not the first time when her big-hitting ability turned heads. It began when she was really young where she played and toured with the boys’ team. Despite playing in the team as a bowler, her big-hitting ability came in handy in destroying the opponents. Later, for Surrey Junior team as well as the senior team before getting into the national squad.

In 2017, she was the leading wicket-taker for her county side but 2017 was not only about that. She had her maiden century against Pakistan in the World Cup. She began to build a perfect rapport with Heather Knight on the field and the duo did produce some memorable performances. And yes, they won the World Cup against You Know Who.

However, 2017 really belonged to Nat Meg.

Sciver had an issue with yorkers pointed to the leg side. Her reply to those targetting her “weakness” was the NatMeg.

Nat Meg is awkward until Sciver gets it done. It is more of a slam dunk kind of whip with the bat between the legs, more than a glance. She is not the first player to play that shot. It’s been around for a while and is called the draw shot. In our generation, Steve Smith plays the shot then and there.
But, hey, it is Steve Smith and he does it all. Awkward. Pretty. Everything. Now, coming back to NatMeg, what makes the stroke beautifully awkward is the way Sciver ends it.
She has a wider stance and looks to go forward because of course, she loves to hit every single delivery. The bowler catches her on the act, throws one onto her legs to stop her movement. Sciver is trapped. She cannot move her legs now. She stands. Awkward. Takes the bat out like taking a sword out of its scabbard and a whip-glance. The ball goes on to the on-side and she jumps a bit, gets back to her position. This awkward-ish Whip-ish little move makes everything pretty about the shot.

Thankfully, she played the shot when the women’s cricket was on the rise because, hey, who remembers Belinda Clark’s 229* as much as they know about their counterparts. Of course, there are a lot more records that women achieved much before than men.
**
2018 England needed different Sciver. England’s Brunt, who was leading the bowling attack for a long time, had to miss out the World Cup due to back injury. England had Fran Wilson into the team but Sciver had to be the one who can lead the attack from the front.

She took the job with open hands and four years later, she got to do the job for which she first got in the team. Bowling.

Her bowling needed some changes. She couldn’t swing right and her motion wasn’t completely forward. She increased her follow-through, Stopped moving her hands beyond her body. She also began to deliver the ball quicker, not only increasing her speed but the movement also helped her get more swing than usual. This was something that helped her in the KSL and it was something that played a good role in the World Cup.

2019 Ashes witnessed Australia scoring a lot of runs in the first innings and England lost their way after beginning well. However, Sciver’s 88 brought the team on track and helped to secure a draw. She played for more than three hours for her knock and was one of the best rescue acts.

Right before the T20 World Cup, she found her form at the right time with an 85-ball 100* against Pakistan in December 2019. Since then, there is no looking back. Her form was one of the reasons why England got to the Semi-final in the World Cup 2020. They could have gone far and it was unfortunate that the rain had to stop everything. In the T20 World Cup, she had three fifties in four matches and before the tournament in the tri-series against Australia and India, she also scored a fifty against the latter.

Sciver turns 28 today and there is so much left in her. Right now, she will be blaming the pandemic for stopping her wedding with Brunt which had to be postponed. Oh, that story is for later. 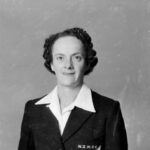