If you are a Sri Lankan cricketer and if you are having a problem on and off the field, you know whom to approach. Big sister Siriwardene. Of course, playing this game for 17 years, she knows what it takes to be there at the highest level.

While Chamari aggressively makes the opponents feel the pain, she slowly drags and slow poisons them. She comes back viciously make them fall into her spin web and gets rid of them. The mind battles she has with the batters is something wonderful to watch. When India toured to Sri Lanka, she had that tiny battle with Smriti Mandhana and managed to keep her quiet. Hey, she was the former World Number one all-rounder in T20I and she was there because she keeps doing stuff like that.

Coming from a country where Women’s cricket is not as popular as their counterparts’ and playing from the time where there were no contracts for the women cricketers, her love for the game and the attitude to keep going, the aggressive mental health she has is nothing short of inspiration.

Also, not many cricketers were “allowed” to play the game after getting married, blame the stereotypic mindset. However, she managed to continue, in fact, she became World Number one after the marriage.

She had to battle injuries too. ICC Women’s World Twenty20 2016 warm-ups. She injured her left hamstring that needed to be reattached. She came back after five months. A few days later, she lost her father. She once again made it to the team after almost four months. Then she had an accident as well.

At times, life is cruel that way. It does keep testing us. It did for Siriwardene too. She was on a bike when she met with an accident and the bike fell on her right knee and she slid towards the wall. While there wasn’t any big damage, she had ACL surgery.

During her rehabilitation, she realized that a tiny injury on her right toe turned into an infection and she had a fever for more than a month. People did tell her that she had to forget cricket dreams. She was 31 at that time.

She almost did. She met the doctor only with the hopes of getting back on her knees as a normal person more than a cricketer. However, her persistence kept her going and she was back, playing the World Cup 2017 where she became the first Sri Lankan woman to play 100 ODIs.

She was 18 years old when she stepped out for the first time and she fearlessly batted for her 29 and came back to pick two important wickets that helped Sri Lanka to win against West Indies. Today, she is 35 as she walks out of the dressing room for one last time. The career that witnessed everything certainly has made everyone, every single cricketer to learn something and there is a lot. She is an inspiration to millions out there.

She, who holds the record for the first Sri Lankan to score 1000+ runs and pick 100+ wickets in ODIs, would have called it a day but she will not quit. She already has a coaching degree and along with her husband, she sure will be training the future cricketers who may someday fulfil her dream of winning the World Cup. 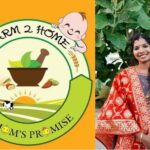 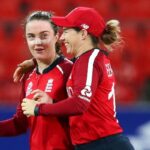