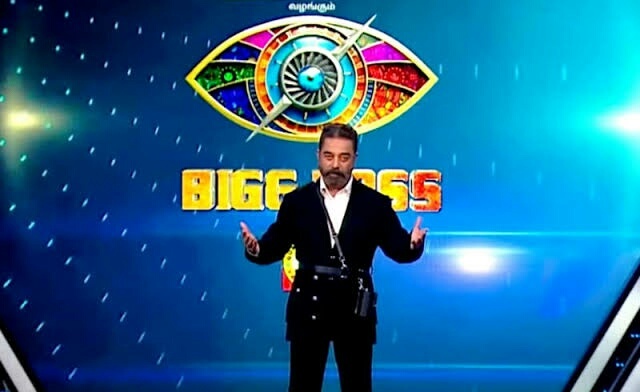 He begins the show by addressing the COVID-19 pandemic situation and how the new normal treats all of us. He opens up a dialogue with the humble people through virtual video call who battles in this situation as warriors in hospitals and in cleaning the surroundings in order to keep the public safe. He sends his humble regards and acknowledges their efforts by stating them on this grand platform and validates them.

Given the current pandemic situation, the studio is not filled with the usual enthusiastic audiences. They view the happenings of participants’ conversation with the host Kamal virtually. He gives a humble dance performance.

Actor Rio is the first contestant to enter the house who seems to be a bit nervous to start off. Each participant is given a small pot plant for them to end.

Following Rio, Sanam enters the house as the 2nd participant whose name was thrown in to the conversation with Tharshan in the Bigg Boss house in season 3. She is firm to have come this way to establish her true self and discover herself.

Rekha, a veteran Tamil actor, enters the house as the 3rd participant. She shared the screen with the host himself Kamal in K. Balachander’s Punnagai Mannan (1986). Rekha lets us to find a bit of herself which part hasn’t learned to live independently her whole life. She wishes to live outside of that fragile bubble and discover herself. She gets a warm message from her daughter and the evergreen actor, her friend Oorvasi. She wishes Rekha all the best and urge her to be herself and explore. Rekha seems flustered a bit in the presence of new company.

Bala, a body builder, enters the house as the 4th Participant. He is one of the fresh faces in the crowd. Kamal shares his enthusiasm towards fitness. Bala is a fitness lover who wishes to build himself a name and brand through this platform.

Anitha Sampath, Sun TV network news reader, enters the house as the 5th participant in the Bigg Boss season 4. She is an ardent lover Tamil language which trait she says she inherits from her father RC Sampath, a Tamil book writer.

Kamal takes this opportunity to tell the viewers to take up reading as a serious routine of life. He suggests The Plague by Albert Camus who wrote the book in the utmost isolation during a similar pandemic situation during his time. Kamal takes a minute to acknowledge how Bigg Boss Tamil team is doing their work abide by government rules with proper caution and sanitation. He kudos them for their effort to bring the new normal out for helping some technicians to continue their jobs.

Shivani, a TV Actor and an Instagram influencer, comes to the house as the 6th participant. She is very revealing about her aspiration to become an actor through this grand platform. She is humbly dreamy in a very non-threatening way. She performs a stunning dance number.

Jithan Ramesh, 7th contestant, a long lost actor in Tamil Cinema, finds his way back through Bigg Boss Tamil season 4. He is the son of veteran Tamil cinema producer R.B. Choudhary who owns Super Good Films and actor Jiiva’s brother. He is open about the setback in his career due to poor choices in his choosings, his films and reveals his true intention about building his name again when he was on that stage. He receives best wishes from his brother Jiiva through a video call who gives the former a heads up to not be a hot head.

Vel Murugan, a Tamil folk singer, enters the Bigg Boss house as the 8th contestant. He gives an earthly song performance and dedicates a newly composed song to the warm host Kamal. The contestants meet and greet everyone and gets acquainted with each other. Some seem comfortable already and a few like Rekha seem a bit flustered to get adjusted into the house.
Super Singer Troop with Anitha and Haripriya sings a beautiful medley to launch Vijay Music channel on the Bigg Boss stage.

Aari Arjunan, the 9th Contestant, comes to Bigg Boss Tamil season 4, has come to the stage to one goal to make the people aware of the good green cause he is doing. He preserves to save the environment and protect his green cause. He states his intention to be on the stage. He makes a statement about his strong aversion towards and the need to eradicate genetically modified seeds which the host Kamal shares the same.

Som, an MMBA fighter (mixed martial arts), finds his place in the house effortlessly. He exhibits charmingly his passion towards fitness and boxing who wishes to settle down soon. He was the title winner of Azhagiya Thamizh Magan show by Vijay TV.

Gabriella, the 11th participant, enters the house Bigg Boss house tonight. She is a dance/actor, known for her roles as a child actor in Chennaiyil Oru Naal and 3 in which she shared her screen space as Shruthy Hasan’s sister. An interesting contestant who is passionate about dance, spends her quality time with her mother and her sweet pup and not interested in using her smartphone.

Arandhangi Nisha, Vijay TV’s Kalakka Povadhu Yaaru fame, enters the competition as the 12th Participant into Bigg Boss house. Kamal welcomes her as one of the most empowering women in the field of stand up comedy. Nisha sends a moving message to people who takes her for granted and shares the difficulty of women being in the business which dominates men in huge numbers. She has levelled up her spirit in the game to play it to win.

Ramya Pandiyan, 13th contestant of the Bigg Boss Tamil Season 4, enters the show with stunning a stunning dance number. She shared the screen with Guru Somasundaram in the Tamil film Joker.

Samyuktha, an up and rising woman in business, enters the house as 14th contestant. She shares such a passion with owning her business with such an elated spirit

Suresh Chakravarthy joins the Bigg Boss Tamil season 4 as 15th contestant. He gives away a bit of his Obsessive Compulsive Disorder (OCD) nature and about his usual impatience in his little intro. He used to be with Sun Network news team. He is known for his role in K. Balachandar’s Mamootty Starrer Azhagan.

Aajeedh, the 16th and final contestant, joins the participants in the house. The youngest participant in the house is passionate about singing and gained fame through Super Singer.

Bigg Boss addresses the contestants and makes sure that they dont lose their track on the game in the event of new relationships inside the house. He reveals the challenge the participants yet to face this season. They are going to be experiencing partial lockdown inside the house itself. Only one bedroom and 2 bathrooms are available for 16 people to get them going. Lets see how this week goes for the participants.

Bigg Boss Tamil Season 4 contestants meet and greet each other the first evening of the show. After a promising season 3, it is yet to be found out how this season is gonna go. Stay with us! 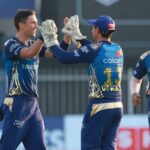 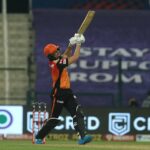