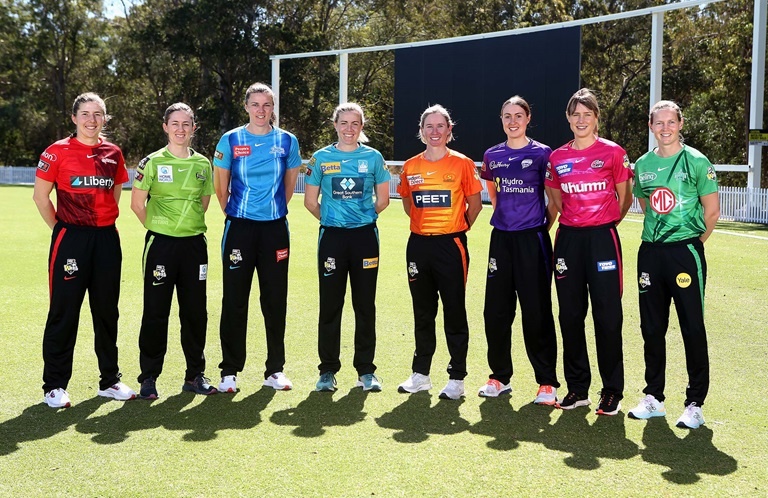 The opening match of Women’s Big Bash League Season 7(WBBL 07) was played between Sydney Sixers and Melbourne Stars in Hobart on Thursday (October 14). It was a rain-affected match and was reduced to 11 overs to each side.

Sydney Sixers won the toss and elected to bowl first. Melbourne Stars opened with Elyse Villani and Annabel Sutherland. However, Sutherland was ran out by Shafali Verma on 14 off 19 balls. Despite losing Sutherland’s wicket, Villani, with the help of Melbourne Stars captain Meg Lanning, took the team to 99 in 11 overs.

Elyse Villani continued her form from where she had left in the last season of WBBL. She scored unbeaten 54 runs off 31 balls which included 5 fours and 1 six. Meg Lanning on the other end stayed not out at 23 off 17 balls.

Hobart’s openers Rachel Priest and Ruth Johnston gave a good start. However, Georgia Wareham got Johnston at 20 off 20 balls. Wareham got another big wicket of Mignon du Preez. Richa Ghosh smashed 21 off 14 balls which included 2 fours and 1 six before Harmanpreet Kaur took her wicket. Naomi Stalenbreg socered 28 off 27 balls. Hobart Hurricanes ended with 121 runs in 20 overs.

While chasing, Jemimah Rodrigues scored 33 off 34 balls. Courtney Webb scored 31 off 35 balls. Belinda Vakarewa took both of their wickets. Harmanpreet Kaur finished it off in her style with a four.

Melbourne Renegades won the match by 6 wickets with 4 balls remaining. Kaur stayed unbeaten at 24 off 19 balls. Georgia Wareham was the player of the match for her three wickets.

Match 3 of WBBL07 was played between Adelaide Strikers and Sydney Thunder in Hobart on Saturday (October 16). Sydney Thunder won the toss and elected to bowl first.

Adelaide Strikers did not have a great start, lost early wickets of Dane Van Niekerk, Katie Mack, Laura Wolvaardt, and Bridget Patterson. However, captain Tahlia McGrath, who showed how dangerous she is in the India-Australia series, continued her form in this match as well.

Strikers were in huge trouble, nevertheless, the captain led from the front and scored 42 off 34 balls which included 4 fours. Madeline Penna, on the other hand, scored 35 off 37 balls. Sammy-Jo Johnson and Lauren Smith took two wickets each. Thunder had managed to restrict Strikers at 140 for 7 in 20 overs.

Sydney Thunder, in return, lost both the openers in the 1st two overs. Sammy-Jo Johnson and Smriti Mandhana hit fours before going back to the pavilion in the 1st and 2nd over respectively. Phoebe Litchfield and Corinne Hall tried to build up a partnership but Jemma Barsby got Litchfield out at 16 off 16 balls.

In the 15th over, skipper McGrath took back-to-back wickets of Hall and Learoyd at 38 off 35 balls and at 23 off 31 balls respectively. Thunder could not build up the partnership and kept losing wickets.

Strikers roped Thunders at 110 runs in 19.2 overs. Defending champions Sydney Thunder lost the match by 30 runs. Tahlia McGrath won player of the match for her wonderful 42 runs and three wickets.

Match 4 was played between Hobart Hurricanes and Sydney Sixers in Hobart on Sunday (October 17). Sydney Sixers won the toss and elected to field first.

Sasha Maloney scored 22 off 16 balls including 4 fours. Radha Yadav took wickets of Richa and Sasha in the 18th over. With two overs remaining, Molly Starno had hit two boundaries and closed Hurricanes innings at 125 for 9. Bolton, Perry, Brown, and Yadav took two wickets each.

However, in the 13th over, Molly Strano got Ellyse Perry’s wicket at 27 off 32. Verma took on Vlaeminck in the 18th over and smashed 3 fours. Unfortunately, Molly Strano dismissed her at 57 off 50 balls including 6 fours.

Angela Reakes came in and had hit a four immediately.

2 runs were needed from 6 balls.

Carey got Reakes in the 1st ball. However, Maitlan Brown smashed a four and won it for the Sixers. Sydney Sixers won the match by 5 wickets. Shafali Verma was the player of the match.

Jess Jonassen’s Brisbane Heat restricted Perth Scorchers at 137 for 7. Sophie Devine and Beth Mooney started off beautifully. Jonassen,  who was ruled out of Australia-India series due to injury,  played her 1st match of the WBBL07 and got Devine’s wicket at 19 off 12.

Brisbane Heat started off aggressively. Georgia Redmayne smashed 3 fours in the 4th over off Devine. Unfortunately, she was caught by Athapaththu off Devine at 18 off 13 balls. Jess Jonassen and Grace Harris kept Perth Scorchers under pressure by hitting a couple of sixes.

Marizanne Kapp sent Grace Harris back to the pavilion at 41 off 27 balls which included 4 fours and 2 sixes.

In the last over, Brisbane Heat needed 10 runs to win the match. Nadine de Klerk smashed a four in the 1st ball and then Mills got Prestwidge. Soon, De Klerk ran herself out.

In the first superover of the WBBL07, Brisbane Heat batted first. Grace Harris and Laura Kimmince came in the middle. Unfortunately, Grace got run out. Anneke Bosch came in and smashed two fours. However, Kapp restricted Brisbane Heat 12 for 2.

13 runs were needed from 6 balls for Perth Scorchers to win. Devine and Mooney walked in the middle. 1st ball- Devine smacked Jonassen for Six.

Then, Sophie and Beth took 1 run each.
The Perth Scorchers skipper smashed another six and won with 2 balls remaining.

Perth Scorchers won the super over. Alana King was the player of the match for picking two wickets and 3 catches. 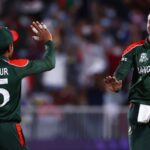 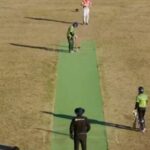