“The class 12 student from Namna Kapaya village was detained for questioning in connection with a disgusting threat message that was posted on the Instagram account of Dhoni’s wife Sakshi Dhoni a few days back,” Kutch (West) superintendent of police Saurabh Singh told reporters.

The teenager “confessed” to have posted the threatening message on the Instagram account after the IPL 2020 match between KKR and CSK cricket teams, police said.

We detained him for questioning after Ranchi police informed us that the accused hails from Mundra in Kutch district.

“We have confirmed that the boy is the same who had posted the message. He will be handed over to Ranchi police as the FIR was lodged in that city,” the SP said.

Chennai Super Kings is currently having a bad season after losing multiple matches on the trot. Recently, they lost an easy chase against Kolkata Knight Riders after being on top for most of the innings.

Right after the loss, the players and their families got threats. One of the fans went overboard, issuing rape threats against Ziva Dhoni. 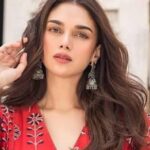 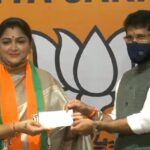