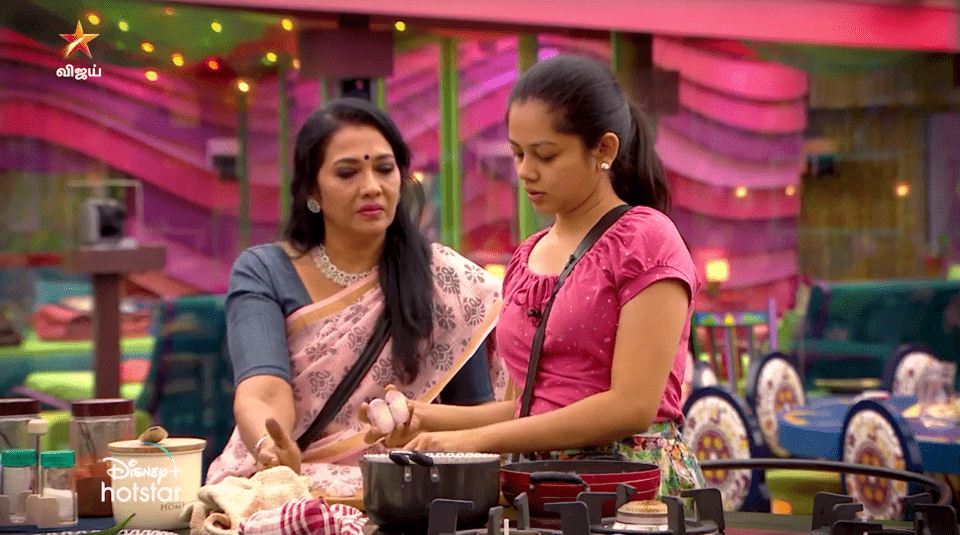 Day 3 in Bigg Boss Tamil begins get under the skins of the participants. It’s yet again proving to be a challenging tackle against psychological strength. Anitha does a quick YouTube parody bit of the house events and try to keep the fun alive.

The slight friction between Suresh and Anitha develops into a wide crack on Day 3. When Suresh demands some silence from Anitha and few others to listen to the rules being read by Aari to the housemates, Anitha misinterprets as one of those controlling moments from him. She tries to state that she has equal rights to talk and express herself while all Suresh demands is some silence. Suresh is a bit furious at Anitha’s way of expressing and lets his disappointment to know how she is psychologically manipulating him.

Participants continue to tell their personal stories today too. Gabriella begins today task. She lets them know the shared passion of hers and her mother for dance. She expresses her toils for being ridiculed for how thin she looked. Gabriella finds the stage to tell how sometimes appearance overtakes someone’s talent.

She doesn’t want anyone to go through the things she did for deteriorating someone’s confidence and talent by overlooking for the way they look. She demands the society not to body-shame and not to make self-conscious of people about the way they look.

Rekha keeps her story light and breezy. She tells about her innocence when she entered cinema, how she wasn’t aware of the legends Bharathiraja, Ilaiyaraja and how this bit ignorance helped her to mould herself into someone she hasn’t dreamt of. Rekha points out her daughter is her source of confidence and she is here to enjoy herself and inspire a few if she could.

Samyuktha, a model and business woman, begins to talk her heart out. She says the challenges that stem from her home and her father. It is something she would go any length to reach her dream while keeping her father proud of her too. The difficult time in her life was when she was taking care of her own 1.5 years old baby who faced a grave danger with the lung problem.

She took care of the baby all by herself in the absence of her husband she wedded out of love. She is grateful that the baby is out of danger and realized she isn’t getting the support from her husband she deserved. She is happily doing what makes her passionate and happy which is her modeling. Suresh finds a few moments to tell Samyuktha how she is not in anyway remotely close to what society portray a silhouette of models.

Aari tells his inspiring story which is equally painful to bear. He is from little town in Pazhani. He wasn’t studious or successful like his siblings in the eyes of his father. With the little money his father could arrange, Aari came to Chennai in search of a break. His break came with Cheran’s Aadum Koothu which won National Awards without a theatrical release. Malai Pozhudhin Mayakathile is an important film in his career. And when the break happened, his father wasn’t there to witness which broke his and his mother hearts together. All the while he was struggling to find his big break, it was his mother and his wife who believed in himself. He is proud to have gotten such people.

His mother suffered Parkinsons later in stage. His sufferings and challenges kept mounting and he finds somehow peace and strength to go on. His mother’s death made a permanent scar that he would carry forever. He was shattered when few media people took dig at his career and his mother’s death even at such tough times. Aari made himself a name when he made Guinness record for Green challenge. He realized when the society and surrounding he lives in is good and taken care of, he would be good too. Aari inspires to go on no matter what challenges come by his way.

Rio, from Vijay TV family, tells his journey of tackling challenges and struggles along the way. He started as an underdog and he waited for the right moment patiently to be his best self. He believed when the people he gained along the way who tell him that he deserves to go places. He believed it without a self-doubt and the result is staring in front of him. He inspires without a fail.

While the stories are being exchanged between the housemates, the ice is slowly breaking. And the friction is there too. Suresh, being in the cooking team, does the works singlehandedly. He hesitates to demand help and the people who share the responsibility are reluctant to lend help without an ask. They give room for tension and they seem to want to thrive in it. Or Suresh expects a least bit of perfection when it comes to sharing responsibility in cooking, the people around him do things that’s far from perfection. He tries to express what he has in mind, but the meaning is often gets lost in translation.

Suresh Chakravarthy hardly keeps his cool and walk away from potential arguments. He is easily sensitive and has very thin skin to tolerate.
Stay with us for more updates! 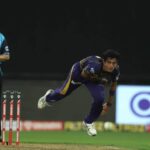 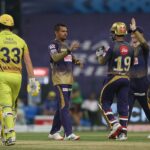