Team Lucknow has confirmed that they have signed KL Rahul for a price of INR 17 Crore. He becomes the joint-highest paid cricketer in the IPL history after Virat Kohli in 2018.

RCB signed the then Indian captain for the same price ahead of the 2018 mega auction.

The Team Lucknow has also confirmed that KL Rahul will lead the team. Apart from KL Rahul, the franchise has also opted for Marcus Stoinis (signed for INR 9.2 crores) and uncapped legspinner Ravi Bishnoi (signed for INR 4 crores).

The team, which is owned by RPSG Group, will enter the Mega auction with a purse amount of INR 59.80 crores.

Sanjiv Goenka, the head of RPSG Group, spoke about the selection on Friday to Star Sports. “KL is not only an outstanding batsman but also a great wicketkeeper,” he said. “Marcus is a great finisher, a good bowler and a phenomenal fielder. Ravi brings a unique dimension to the spin department and is an exceptional fielder. We want players to be here for 3-4-5-6-7-8 years”.

Meanwhile, the Ahmedabad franchise has opted for Hardik Pandya (INR 15 crores), Rashid Khan (INR 15 crores) and Shubman Gill (INR 8 crores). Pandya has been named as the captain for the side.

The team will enter the auction with INR 52 crores. The mega auction will be a two-day affair and is likely to happen on February 12 and February 13.

A total of 1214 players have registered for the upcoming auction.

Here are the list of players and their base price: 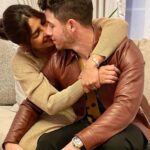 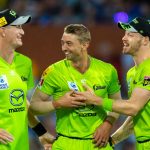