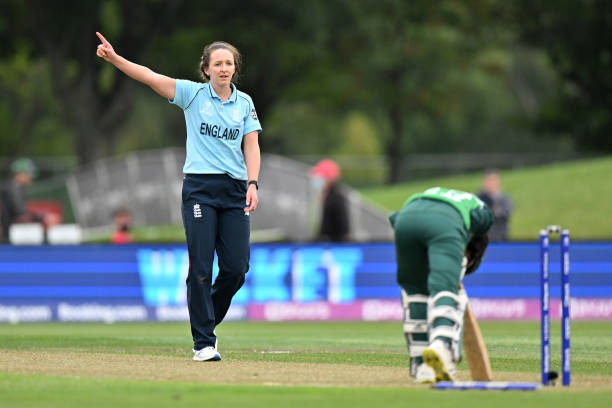 Kate Cross ran in to bowl her seventh over. A couple of deliveries later, Sidra Nawaz had to walk back. A full ball came in to dislodge the bails. It was a delivery from a player in form. Kate Cross has done it time and again in the middle overs. She has been England’s best pacer in terms of wickets since 2020. While Sophie Ecclestone has been the hero of England for a while now, Cross has been consistent. In her last 30 ODIs, she has picked up at least a wicket in all but five matches.

Six years ago, Cross wouldn’t have believed that she would be here. It was against Pakistan. A match she wouldn’t forget. It was supposed to be a good day. Her whole family was out there to watch her play for the first time. Standing in the third man position, Cross was quick to pull her sunglasses out. Because she wanted to hide her tears.

The day that was supposed to be the best one of her career, turned upside down. She began to question her career choices. She wondered if she had enjoyed the game. It wasn’t an easy position to be in as She didn’t know anything other than playing the game.

The lack of motivation and doubt in dreams could really put one in a dark space that eventually invites even more dark thoughts. As the battle between Kate Cross-The Human and Kate Cross-The Cricketer turned into a never-ending war, she knew she needed a break from the game and re-evaluate things.

Timing is the key, they say, and it was the worst possible timing anyone could be in, as everything happened when the home World Cup was just a year away. She had to give in and prioritize Kate Cross-The Human and took her time.

She was one among the fully-packed Lord’s crowd during the final of the World Cup. It wasn’t an easy place to be in. When the battle is within and when you see your friends do things you always wanted to do, it sends a different kind of a pain to your heart. In a way, you are happy about what they had achieved, but it is also something that you had missed out.

She knew she was very close to playing for the cup but again, it was her decision, and she had to process things. It’s easy to tell someone that, but going through all these takes a different kind of courage. It is like walking through the fire, one step at a time. You know it will be over, but every single day, it’s painful, so much so that you get used to that pain.

With some push from professionals, Kate Cross did cross that phase and began to enjoy the game again. A good season with Thunder and a random call back allowed her to wear the jersey again, something she doubted.

After spoiling her World Cup party in 2017, the timing decided to be good for Cross. This time, it came through the postponement of the 50-over World Cup.

2020 it was. Cross was playing the T20 World Cup Warm-ups. She dived to stop a boundary but heard something inside her ankle. She couldn’t move, but her mind had a good tour. Among several thoughts she had, one of them was about how she was going to miss her trip to New Zealand.

When the world went through the pandemic, and the World Cup was postponed, Cross knew that she could still make it. A rehab in lockdown and healing through Netflix got her through, and since then, there is no looking back.

Kate Cross-The Human fought through everything and had defeated her inner demons. Now, it’s time for Kate Cross-The Cricketer to take over and lift that cup and make it all hers. 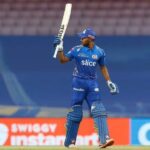 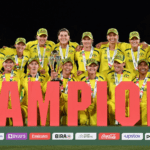