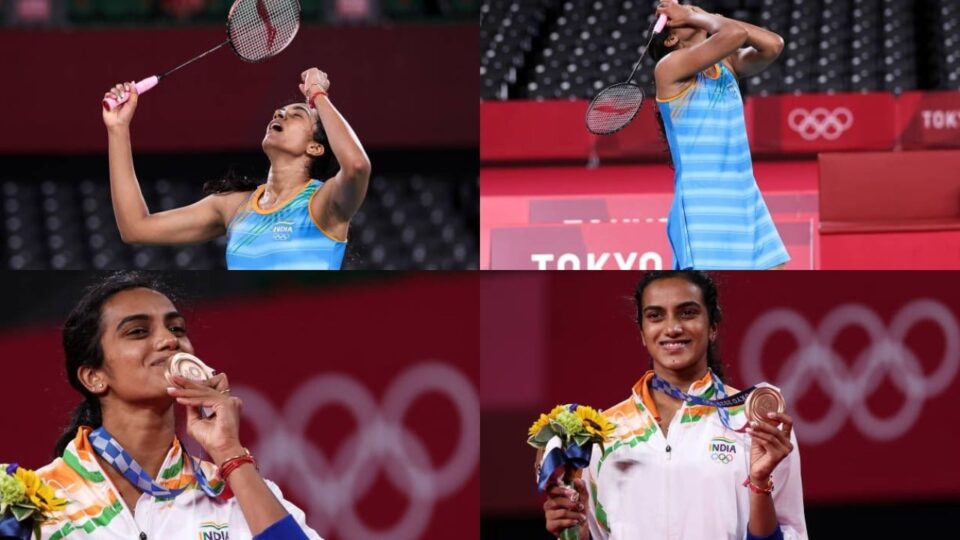 “My Goodness”, shouted the commentator as PV Sindhu comes up with a monstrous body smash. All He Bingjiao could do is to put her racquet in between the birdie and the body. It was more of an escape rather than defence. She nets it.

A more of a statement from the Indian. She is telling the world that she isn’t going to sit and wait for mistakes. The score read 6-4 in Game Two.

Now, Bingjiao brings different set skills to the game. First of all, she is a left-hander. The angle she creates is always going to be difficult for Sindhu. She did try her best. She did put Sindhu in an awkward position multiple times. There was a forehand tap at the net; a disguised play that pulled Sindhu to the net followed by touch into the open court; A couple of underarm lifts that fell right on the line coupled with misjudgement from Sindhu.

Bingjiao brought all these, unfortunately, she couldn’t really bring them all more often as she was sandwiched between the great defence from Sindhu and her own defence blanket. She had to pull the latter for most of the points than she would’ve liked, blame Sindhu.

Many players have their go-to shots. With Sindhu, there are a few. A powerful down-the-line smash is one while her crosscourt smash is everything, and she brought all of them in today’s game.

The beauty of her crosscourt smash and push is that nobody knows when and what to expect. It either sing or sear. While her smash is all about aggression, she brings art to the game through her crosscourt forehand slice. Today, the same shot got her to 14-11 in Game two.
**

When she won the Gold in RIO 2016, things were different. Beginning with the way we train these days. Also, this time, Sindhu wasn’t alone. She was carrying the hopes of billions. She was making people glue to Badminton, a sport they never followed right before her play.

The expectations were high. The responsibility was high. The sad part is, she cannot let all these emotions take over. After all, she didn’t even have the time to process her semi-final loss. Sindhu did shut all those doors but snuck in a few c’mon here and there, there was a huge roar too.

The roar didn’t come after she had won the point, but when Bingjiao pushed it wide to help Sindhu move to 19-12 in Game one. Maybe, it was all about relief. Maybe, it was the lead. Either way, that was the motivation that she needed in the absence of the crowd.

If that was one, A random challenge while she had lost three points in a row during Game two, gave Sindhu enough time to refocus. She was a different person right after that challenge. What followed was forehand crosscourt smash, Forehand overhead smash. From thereon, it took only a few minutes for her to seal the deal, and it was only fitting that she did it with a beautiful crosscourt backhand push. History was made.

A moment of disbelief. A sigh of relief, and then she looked up, closed her face with both hands. A roar followed. It was her on the court; a billion others right before the television. 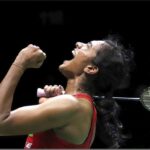 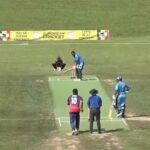