The world number two P. V. Sindhu who was trolled for settling for silver in the recent matches, for which she came up with ‘silver is beautiful’ Instagram post had a fitting reply to her troller by breaking the jinx and going a step further. The roar after winning the final point said it all.

The most anticipated game did live up to the expectations with Sindhu taking the lead early but Okuhara kept coming back. This time, Sindhu looked like a player of a different league altogether. She held her nerves at the important points of the match which she lacked in a lot of matches this year. 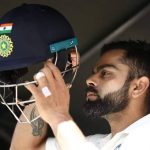