Bigg Boss 5 Tamil Day 103 begins with everyone drinking Tea together. Varun then calls Pavni and gives her a gift which was sent by Varun’s family. During that gift round a couple of days ago, Pavni had gifted Niroop something but she didn’t get anything back from anyone. Therefore, Varun’s family had sent her a gift.

Bigg Boss asks everyone to join hands to celebrate Pongal. They must do everything together right from rangoli to the pooja.

Pavni accidentally slips and hurts her finger. Everyone helps her out with a bandage.

Later, we see the Pongal celebration and everyone wishes the audience and their family. Priyanka, who had an injury yesterday, is allowed to sleep in the afternoon while Bigg Boss ask everyone to wake up.

Akshara tells Abhinay that she is having trouble adjusting to outside life as it looks like a different world altogether outside. Abhinay says that it will take at least a month to get back to normal.

We then see different Pongal games organized by Bigg Boss.

The second game is there will be an instant camera. Everyone can take pictures with the help of that but they must tell the reason for the same.

Niroop wants to take a picture with Raju. He says that Raju is an inspiration to him and he wants to learn a lot from him.

Varun, Thamarai and Akshara take a picture together as they were always close inside the house.

Akshara takes a picture with Raju as he is her first friend inside the house.

Pavni takes a picture with Suruthi and Nadia. Later, with Ameer.

Suruthi takes with everyone and gives reasons as well.

Raju calls Pavni, says that he has nominated her the most.

The next game is there is a pyramid made of tumblers. Everyone will get two chances and they must destroy the entire pyramid. If they win, they get a doll as a gift.

Nobody gets it right. Thus, Bigg Boss makes fun of everyone and extends the chances to five.

Later, everyone uses multiple chances and steal dolls from the stand.

The next game is Raju is asked to make laddu and he must distribute it to everyone.

Bigg Boss gathers everyone in the living room and show them different pictures/moments from the house. The contestants must find when it had happened and must talk about that memory. We see images from day one to the date.

The next game is there is a mechanical bull and one by one must try and sit without falling. The one who stays longer is the winner. Thamarai wins it earlier and in the second chance, Varun wins it.

Everyone gets food from Bigg Boss.

Bigg Boss gives an opportunity for everyone to talk about the changes Bigg Boss show had brought to their life.

Niroop-
-Everyone fights a lot here but patches up immediately.

Ameer-
-He used to be an introvert and now, has learnt how to talk to people
-He wants to patch up with friends immediately if they fight just like how it happens in the house.
-He always had self-doubt, always thought that he never looked nice. Therefore, he never showed his face on camera. He has confidence now.
-He has clarity about his dream.
-He says his mother’s name for the first time. His mother name is Shanthi and he says that he had achieved things to come this far.
-He must laugh more

Ciby
-He is very sensitive and looks into negative things in people but now, he knows how to look into positive things.
-He began to analyze himself and was about to change.
-He understood that self-love is important

Pavni
-Coming out of the comfort zone to make new friends and open up for new opportunities.

Raju
-He elaborates how he met different people inside the house
-How he understood that experiences are all around the world and how there is so much to learn from everyone
-One cannot go back to their life and learn from that but he will always have Bigg Boss videos and millions of memories.
-He also learnt that everyone wants to succeed but not many take proper efforts for that.

Thamarai-
-This is an excellent opportunity, had learnt a lot from here.
-She could talk to a lot of people on the face now.
-This is a success for her entire village.
-She had learnt how to think before believing someone.
-About controlling anger.
-She understood about herself a lot
-Women from the village should come forward to follow their dreams and she is sure that they can succeed too.

The Bigg Boss wants all the ex-contestants to leave the house as their time for the week is over.

All spend time, talk to each other, dance before bidding adieu to the house.

The finalists, except Priyanka, talk about what had happened during the dance and how Ciby became a dancer. 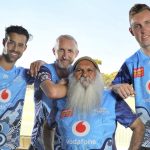 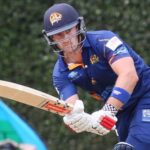