Bigg Boss 5 Tamil Day 104 begins with Niroop wishing someone close (looks like his brother) to him. He talks about how he has learnt that everyone can fight and then patch up soon. He wants to do the same with that person as well.

Later, we see everyone talk. Raju is seen counting days and says that it is the second Saturday after thinking for a very long time. Everyone laughs at the same.

Bigg Boss calls Niroop and shows his journey as a short film. Later, Bigg Boss asks him to pick something from the house.

Niroop picks up his coin, the one from the coin round.

Next, we see Ameer’s short film. He takes the rope and the weight from the last of the final task.

Next is Pavni. She also takes the coin.

We see Raju’s short film next. He takes the phone which was used in truth or dare round.

Priyanka is back in the house and waits in the confession house. Everyone asks Bigg Boss when Priyanka would return and she enters the house. Everyone talk about how much they had missed her and explains to her what had happened in the past couple of days.

We then see Priyanka’s short film. Priyanka takes the golden mic which she used for anchoring during the award show inside Bigg Boss. 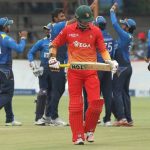 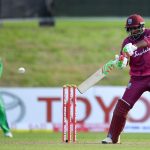