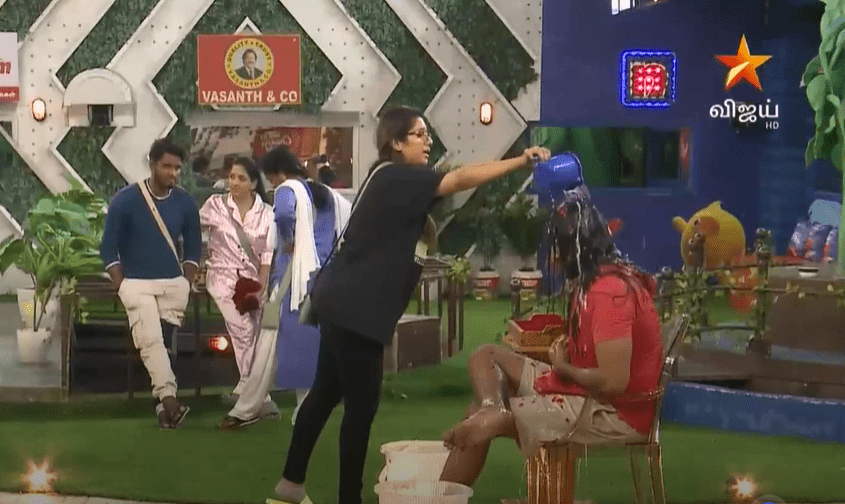 Thamarai picks it up and Bigg Boss says that they will announce the task later and this will be the final task for the week.

Task- Contestant must pick one fellow contestant whom they think is acting inside the house, someone who is camera conscious. Everyone should pick that person and must “clean them up”, send them to final directly. Ameer cannot be picked as he is already in the final.

Everyone discuss that contestant.

Raju and Priyanka pick up Pavni while Ameer picks Niroop. Thamarai says that she doesn’t think anyone is hiding anything and they are true here.

Priyanka says that Pavni has a lot of problems outside but is hiding those and is trying to be normal here.

Pavni says that she wants to pick Thamarai as she acts innocent but she is not.

Bigg Boss shouts at everyone since they are not ready to pick one to send them to the final, if they don’t pick quickly, they must pick one contestant, in the same way, to send home.

No one is ready to eliminate anyone as well. Therefore, they want to stick to picking someone to send to the final.

While everyone is picking a person, Niroop couldn’t pick one but wants to pick himself. He argues that in multiple tasks many contestants had picked themselves when they couldn’t pick anyone.

He then gives reasons why he wants to pick himself but Priyanka is not convinced with those reasons.

Raju talks about the reason why he thinks Pavni is acting inside the house. Since Pavni might get to the final based on Niroop’s vote, Raju wants him to decide well.

Niroop then says that he would pick Raju instead because he thinks that Raju tries to hide his anger.

Pavni says that she is ready to change her vote to Raju. Priyanka gets angry because Pavni is always trying to convince Priyanka based on Niroop’s thoughts. She is very angry because of the same and shouts at her. Later, Priyanka and Niroop get into a fight.

Niroop walks away and he is not ready to pick the contestant.

However, contestants go ahead and pick Pavni. They must pour water and must shower her with flowers in the process of “Clearing her up”.

While all the contestant does that, Niroop stays inside.

Everyone gives their own reason but almost everything is positive and more or else around how she is not opening up to everyone.

Bigg Boss then scolds everyone for not understanding the round. He says that the reasons the contestants gave are something everyone knows and is nothing new. They must come up with a better reason and must play the game carefully.

Everyone laughs at what had happened.

We then see Niroop talk to himself about how he had entered the final. 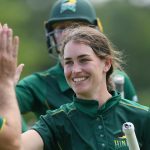