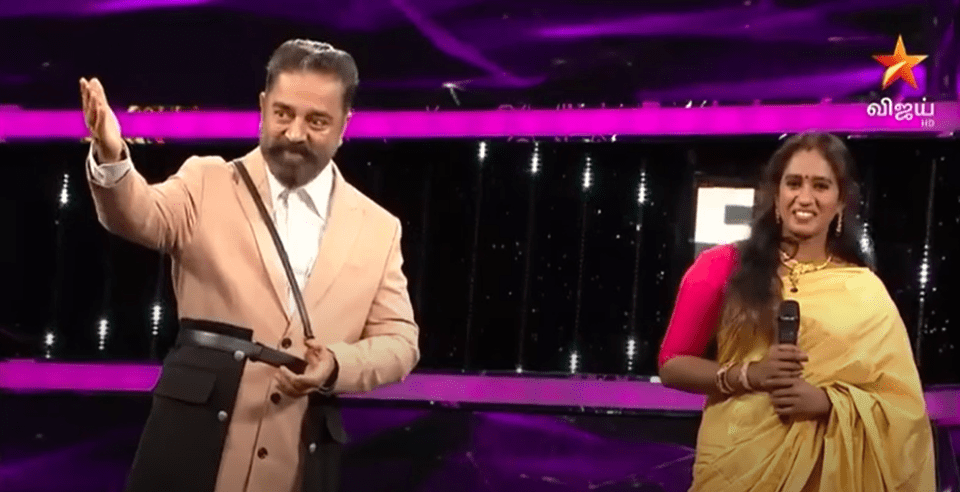 Ciby calls to Ameer and he says that he loves his self-confidence.

Varun calls to Niroop and everyone asks about the response outside.

Suruthi calls Pavni and she also wishes everyone well. She advises Pavni to be straightforward, She should be very strong when she says a NO, She should play for the audience who had voted her all these days.

She says that things will be different when they come out.

Kamal wants each contestant to pick a fellow contestant and say thank you and sorry.

Ameer-
Thank you: Raju. He taught him regarding script writing. Which is a life lesson for him.
Sorry: Pavni. In case he is spoiling her name outside.

Priyanka:
Sorry: To Iyakki. She feels like she had her let down. She didn’t make her comfortable which is something she usually does and in her case, even after she knew that Iyakki thought her like a sister, she couldn’t do much
Thank you: To Thamarai. For food.

Pavni:
Thank you: For Priyanka, for giving her the comfort zone.
Sorry: To Thamarai. Especially, because of that coin task.

Thamarai:
Thank you: For Akshara. For being friendly.
Sorry: For scolding Priyanka.

Raju:
Sorry: To everyone, in case, his comedy had hurt anyone inside the house. Earlier, he had hurt Chinnaponnu when he gave dislike for her story. Then to Ciby for letting him down during the finale. Then to Pavni for hurting her many times. It would’ve been difficult to be in her place.

Thank you: To Imman Annachi, To Thamarai and then to Kamal.

Niroop:
He walks down to Priyanka and asks sorry directly. He says that he needs a friend like her inside the house, he is sure that they will be best of friends.

Ameer makes fun of her, telling her how good her day has been so far.

Priyanka is selected as the 4th finalist of the show.

Thamarai is eliminated from the show; to everyone’s shock. She convinces everyone that it is very fine, says that she is already a winner.

Priyanka says that she is very proud of her and she is the “bigg boss” of the house.

She says that Raju is her biggest son and he will always be one.

Bigg Boss wishes her all well.

Thamarai then asks everyone to cook well for Priyanka. Pavni says that she is an inspiration to everyone.

Ameer says that she should’ve got that amount instead of Ciby.

Priyanka says that Ciby did ask her but she was very confident that she would go out, will earn more to clear all her debts.

Thamarai talks to Kamal. The latter says that she had grown very well inside the house and most importantly, she didn’t lose her identity.

Kamal also says that she has earned a lot of fans from the show and it is her time to get out and grow more. Kamal sheds tears as well.

He appreciates how confident she was during the money round. She said that she would grow more, work hard and will clear her debts when everyone asked her to take the money.

Kamal says that he is very disappointed and surprised by this result.

Kamal is surprised by her growth as unlike other stars inside the house, she neither had social media account nor any social media fans but came this far.

We then see her short film.

She says that she is glad to see these and is happy to watch herself on the television for the first time.

Priyanka and Raju talk about Thamarai and well she has grown inside. How her journey has helped a lot of people outside to dream. Everyone thinks that she is already a winner because of that.

Raju then rants about eliminations.

Priyanka calls everyone outside and appreciates everyone’s journey. They all do a group hug. 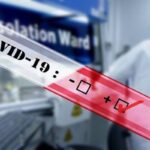