She then asks Thamarai regarding the issue that happened during the captaincy task with Priyanka.

Thamarai explains what had happened and Priyanka tells her point of view, saying that she has to sort things out with everyone before becoming the captain. She adds that during her captaincy task, she had given an opportunity to everyone to become a captain for a day. During that time, she was reluctant to talk to Isaivani. Priyanka wants Thamarai to solve that before becoming the captain.

Thamarai replies that it is her personal choice to talk to anyone or not but if she is given an opportunity, she could definitely do well, one cannot decide anything even before giving her an opportunity. Ramya Krishnan says that everyone is capable of becoming the captain in the house and she reminds everyone that Thamarai was the first captain of Bigg Boss 5 Tamil.

During the break, everyone talks about what had happened.

Sanjeev gets a task from Ramya Krishnan. He gets badges with grades (A, B, C, D, F just like it is in exams). He is being asked to give one badge each to everyone.

F- Abhishek, to remind him that he shouldn’t repeat the same mistake again.

F- Niroop must reduce his anger

F- Akshara as she must reduce anger

C- Thamarai for being a “kanni vedi”

C- Pavni for living in the bubble

C- Ameer is yet to talk to everyone

C- Iyakki has a beautiful quality of moving on from things immediately but that will not work in the house.

B- Abhinay. Though he loves to do everything in the house, he is yet to find a proper way.

B-Priyanka for being over caring.

B- He was a proper introvert right from day one but in recent times, he had done well to come out of that shell.

A- Imman Annachi has that knack of dissolving any tough situations.

B for Varun, A for Raju- For controlling their anger and playing their game well.

Ramya Krishnan asks contestants who got F to badge about their reaction to the same.

Ramya Krishnan asks Imman Annachi to get a paper from the storeroom.

There are five thirukurals in that paper and she asks the warden and teachers (Ciby, Raju, Abhishek and Ameer) to learn them all within 120 seconds and they must recite at least three of them to her.

Ciby tells one kural correctly but forgets others. Raju says that he doesn’t know anything. Ameer tries and gets two kurals correctly.

Raju gets a punishment- Ramya Krishnan asks Akshara to teach him a couple of Telugu dialogues. Abhinay tells a film dialogue and asks him to repeat it. Raju makes a mess of it, making everyone laugh.

There are five report cards in the storeroom and each nominated contestant must take one.

Pavni, Imman Annachi, Thamarai gets saved card. While Niroop, Iyakki gets a blank. Either one of these two contestants will be eliminated.

During the break, everyone is seen talking about the elimination and tries to console Thamarai who is seen crying. She doesn’t want anyone to go.

Ramya Krishnan asks everyone who would be saved for the week.

In the end, Iyakki Berry is the one to get eliminated.

Ramya Krishnan says that Iyakki didn’t sing much when she was in the house and if she had done that audience could’ve connected more with her. We then see a short film about her journey. She does a rap song before meeting contestants from outside. She wishes everyone well and Ramya Krishnan asks Iyakki to release an album soon.

Akshara asks why Priyanka and Thamarai are not talking directly face to face. She also says that she hates Priyanka’s activities in some places.

Priyanka, on the other hand, talks to Abhishek, Pavni and Abhinay, saying that she hates only one thing that is faking.

Ameer says that from his analysis, Thamarai will not be eliminated anytime soon.

Ciby asks Niroop why he is different during the task but whenever he gets closer to elimination, he acts differently.

Niroop says that he is ready to leave the house and saying that for a very long time now. Ciby says that he got afraid of eviction and because of that he is doing like that. 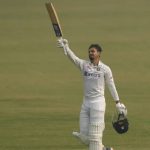 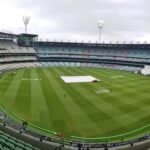