Thamarai is seen talking to Imman. She rants about Priyanka. On the other hand, Abhishek and Priyanka discuss Ameer’s talk last night.

Abhishek talks about how his friendship has been misunderstood. Priyanka supports him as well. Pavni and Ameer talk about how the latter had changed in recent weeks and how two people must sort out their problem and shouldn’t allow someone else to interfere in this.

Priyanka pranks Akshara. The latter had accidentally broken Priyanka’s bangles on Saturday. Priyanka says that because of that, she had a bad day before Kamal sir. Akshara thinks that it is true and begins to cry. Priyanka hugs and says it was just a prank. Akshara continues to cry and Abhinay consoles him.

We then see Pavni and Ameer talk random things before everyone heads to sleep.

Kamal appreciates Abhishek for the news round. He asks Pavni why she couldn’t do much during that round. She says that the team had planned it properly. Ameer also says the same.

Kamal says that he felt like Raju had planned in such a way that he could shine overshadowing others. Raju says that everything was unplanned and even Imman and he didn’t plan anything as they didn’t know what to do.

Kamal says that Raju could do better because he has vast experience in this area but as a team, he should’ve communicated his plans better to all contestants.

Kamal moves to Niroop and asks why he did not squat while talking to everyone like Bigg Boss had informed him. Niroop says that he had forgotten a few times.

Kamal appreciates Sanjeev for being neutral inside the house. He also advises Priyanka not to lose her identity just because someone else is not okay with it.

She is then saved next.

Kamal makes a few audiences to ask questions to the contestants directly. Contestants cannot see them but can only hear their voices.

1st audience to Akshara- When she will begin to play the game inside the house?

Akshara says that she was feeling homesick for the last two weeks and she will be back soon.

To Priyanka- She is playing well now and what does she think about people’s reactions at the moment?

To Imman- Raju had told that he would take Imman along with him for 100 days. Is it because Imman can’t play alone?

Imman says that at the moment, he is the one who would take Raju to the final now.

To Ameer- Why is he yet to play the game?
He says that he will certainly start soon.

To Varun- His relationship with Akshara?
They are good friends. They had bonded without any expectations.

To Ciby- Why he is being partial to his friends during tasks?
He says that he doesn’t feel that way and it is a piece of news to him.

To Abhishek- He said that he would melt to entertain the audience but why he was eliminated earlier?

He says that he didn’t have that clarity before but now, he is all set to take the people’s criticism and is ready to entertain them.

To Niroop- Why he didn’t play his game well in recent times?

He will begin to play once again. He was confused and Abhishek’s entry is one reason too.

Raju- Is he playing Tortoise and Hare game, allowing everyone else to go first?

He says that he took time to observe people earlier and is playing his game now.

Pavni, Ciby, Thamarai, Imman, Akshara are saved. Abhinay, Varun and Abhishek are left at the last.

Abhishek is eliminated once again.

Everyone is seen crying. Priyanka says that he will make it big for sure and wishes him all the best. Ameer asks sorry if he had hurt him in any way. He says no problem and to take care of Priyanka.

Kamal says that he must look into his videos and must learn from his own mistakes. Kamal adds that he used to watch his old films and get embarrassed by them. Still, he had learnt much from it and Abhishek must do that same.

Raju says to Abhishek that he knows how bad it would feel and adds that one fine day he will get where he wants to. Priyanka also says the same.

After Kamal leaves, we see Priyanka talk about Abhishek and how words inside the house would’ve caused his elimination. She adds that if backstabbing is allowed inside the house, why can’t passive influence.

Niroop asks for an instance and Priyanka says that she doesn’t want to talk about it to him. Niroop adds that people had always hated Abhishek and that is one of the reasons why he was eliminated again. Priyanka asks why he is saying that and Niroop walks away.

Ameer tries to pull words from Priyanka, keeps asking her why she thinks he was eliminated even if she thinks that he had played well in the past couple of weeks.

Ameer also adds that he personally didn’t like Abhishek and just like that, every fan would have had their reasons.

We see Sanjeev and Raju talk about Imman. They say that Imman is playing a political game. 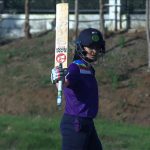 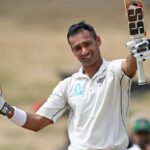