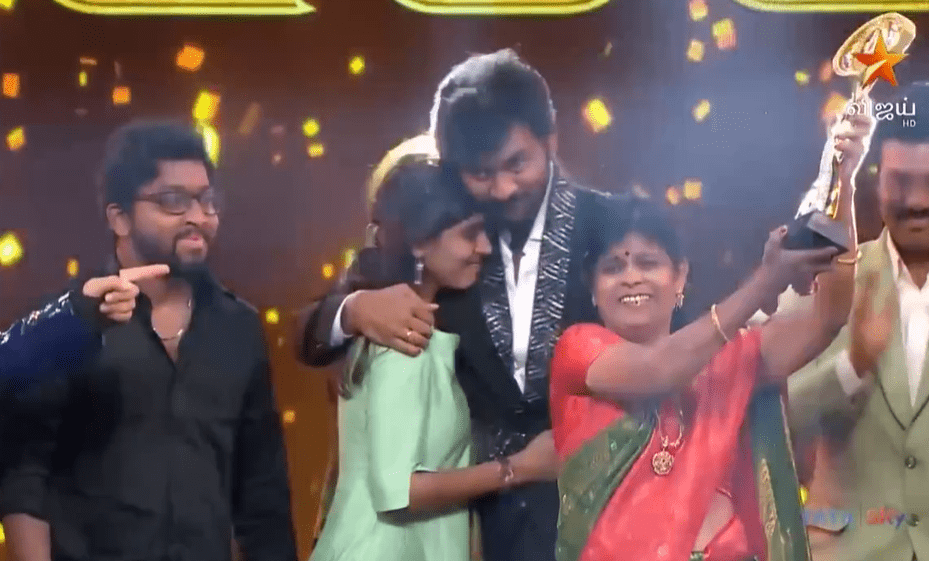 Kamal asks everyone about how the response has changed right after they had left the house.
Chinnaponnu says that she has got many opportunities and one of them is singing in Anbarivu film.

Iyakki Berry mentions that she has signed in more than 4 films and three independent songs.

Abhinay says that his doors are open when it comes to the cinema but his dream project at the moment is to bring back a dry lake.

As Ciby speaks, Thamarai couldn’t control her laughter. She says that whenever she sees him, it is very funny.

We see a combined feature short film of all contestants inside the house. Kamal then talks to family members of the finalists.

Family members talk to the contestants.

Raju’s wife says that getting an opportunity is one thing and utilizing it is another. We then see Raju’s younger brother. Kamal says they have the same voice.

Pavni’s friends wish her well. Ameer’s family talks that how he has come this far. He had earlier said that nobody will see this face. Also, they are glad to see Kamal.

Kamal talks about how happy he is to see them all in the final. He also mentions that their life begins right after the show.

Kamal personally gifts to all the finalists.

Shoes for Ameer, Watch for Pavni, Golden pen for Raju, Golden trophy in the shape of a mic for Priyanka, Hat for Niroop.

The trophy is kept in the garden area and everyone holds it.

A few dancers enter Bigg Boss house, dances with contestants. Later, the dancers tie everyone’s eyes and take Niroop outside. He doesn’t get an opportunity to tell goodbye to his fellow contestants, leaving everyone in shock. Kamal says that it had to be done.

Niroop meets Kamal, says that winning and losing is different. All he wanted was to complete the race and to be inside the house until the last day. He says that he had achieved it. Now, he is all set to enter into cinema industry. Akshara and Varun perform for a song. Varun dances for his film Joshua’s song.

Vijay TV stars perform a spoof about contestants which turns into a laughing riot.

Kamal asks everyone to split up and sends the finalists to different rooms. There will be two eliminations now.

Ameer is the next one to leave the house. He finishes fourth in the house.

Ameer says that he is a bit disappointed as he thought he would win. Kamal advises him and then he meets his fellow finalists through TV. He calls Raju his brother and wants to stay close to him always. Priyanka is his well-wisher. He wishes everyone well and joins other ex-contestants.

He, in a way, is confused with the fan following as he entered the final without even being in nomination. Thus, nobody has literally voted for him.

Kamal announces his collaboration with Sony India’s first Tamil film. Kamal’s Raj Kamal films will collab with Sony India for a film. It will be directed by Rajkumar Periasamy of Rangoon fame. Sivakarthikeyan is the male lead.

Kamal then announces that there will be a Bigg Boss digital show very soon. Sivakarthikeyan reveals the logo for the show. It will be on Hotstar alone.

We then see three people with bikes entering the Bigg Boss house. Bigg Boss asks the contestants to get on the bike and after a while, Pavni leaves the house directly.

Pavni is the 2nd Runner-up of the show. She says that she will take back a lot of experiences from this show.

We then see Bigg Boss talk to both Raju and Priyanka. He wishes them well and tells them how glad he was happy to be a part of the show. He then explains how Priyanka and Raju are completely different.

Both Raju and Priyanka cry after the Bigg Boss speech.

Priyanka is seen eating an apple while Kamal enters the house.

Kamal then talks about how close Priyanka and Raju are even close before the show. He makes fun of the finalists and how they had written something everywhere like kids.

Priyanka and Raju get gifts from KH House of Khadar and perfume.

He takes Raju and Priyanka out. We then see Priyanka and Raju tells how important this show is and Kamal begins the count down.

Raju says that he is not ready to thank the fans yet and keep them away from him. His mother is seen crying while his wife talk about how lucky they are for the fans and thank them for all the love.

Priyanka says that she is very proud of him and wishes him well for everything. She also says that his future will be bright from now on. She calls his wife, tells how lucky she is to have someone this calm.

Raju then says that he used to work for all the AV footage for Award functions and have worked for the Kamal award function as well. He says that he wanted to lift the trophy along with those who had worked hard in the behind.

He then gifts the trophy to his mother and then everyone poses for the final picture. 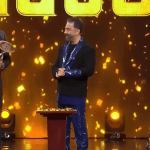 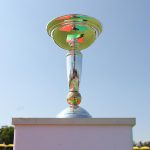