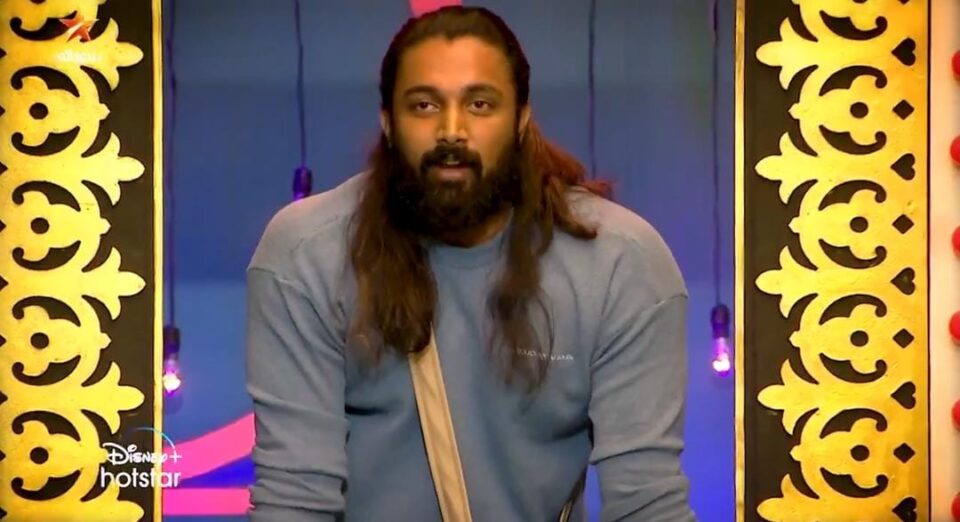 We move to the hall where Thamarai Selvi, Imman Annachi, Raju, Pavni and Ciby makes Madhumitha sing “Kattikidum Munnae Namma Othigaya” song. She sings the lyrics completely wrong and Thamarai couldn’t control her laughter. Then the contestants explains her the lyrics. She is in complete disbelief.

We then see Madhumitha, Iyakki Berry dry Priyanka’s hair. The latter talks about Imman Annachi and how he is giving comments for every single thing. Isaivani had complained to Priyanka regarding how he had commented about coconut in the food. Priyanka had asked her to tell that there were many contestants in the house and thus, they can cook only that way.

We move to cooking team where Pavni is seen trying to sit on a chair that is a bit height. Imman Annachi, Raju, Niroop ask her whether she would climb up. Pavni jovially says that they are making fun of her height and asks audience for support. Raju says that she is asking for vote in the nomination process and which is against the rules. Pavni laughs loud, as she makes fun of everyone saying that she wasn’t even nominated. Raju later realizes that and makes fun of her saying she is “Prachana Pavni” and imitates her.

Niroop begins to tell his story.

He was born in Chennai and went school here as well. He was a very silent kid but things took a bad turn when his mother had a brain disease, Schizophrenia. Because of the same, his life took a different turn and he couldn’t do much in his exams. He then went on to do diploma where everyone was older than him. He got intimidated by them and their language. He then lied on the very first day.

He said that he didn’t know Tamil. Until the end of his degree, he never revealed the truth. During that time, he understood about many people around him as they used to talk about him in tamil even when he was around. It had taught him a lot in life. He passed out with distinction and joined BTech in SRM. He didn’t want to get to engineering field but acting or modelling. Then he met Yashika Aanand who had helped him. He reveals that he was in a relationship with her but they aren’t now.

It seems like he was asked by many about how he feels when the media used to call him as Yashika’s ex boyfriend.

He says that it is the truth, adds that he is very proud of her and had come up in life only because of her.

He entered Bigg Boss because he wanted to pursue acting. He had gone to auditions a lot of time but was rejected because of his height. Thus, he wants to break that through Bigg Boss and then wants to do something for others in life.

After his talk, everyone feels sad that they didn’t have a heart to give for him. Abhishek says that this story will reach many for sure.

Abhinay begins to tell his story.

He starts by explaining the power couple Gemini Ganesan-Savitri story without going into much details. They were too close and had many fans as well. However, due to a situation, the family broke up. Savitri then got into some habits that turned her life upside down. She then began to love loneliness and his mom grew up watching all these. He had a few opportunities to interact with his grandfather but not much.

He then grew up in a normal lower middle class family and then he met his wife. A year later, they got married. During that time, her wife was way too supportive. They moved to UK where she went to job while he was studying MS.

In his life, he always had doubts, never knew what to do next in life. His wife was the one who had helped him every single time and after his studies, she showed the path once again. She asked him to try acting. Thus, they moved to Chennai once again.

He then heard about a Telugu audition and was one of the 45 thousand people who had applied. He was one of the last five people in the audition. Before he began to act, he revealed to the director that he is the grandson of Savitri. Immediately, the director got shocked, clapped him and told that he would be the lead for his film. End of that day, he took him to his house to show a big picture of her. They then went to Chiranjeevi sir’s house where they was a big frame of Savitri. He was stunned to know about the respect they all have for her.

The family used to give a lot to people those days. There used to be a big queue right before her house and there would be Asaaris as well. His grandmother would show her jewels and would ask the people about their favourite design. The Asaari would immediately do an exact model of that and they would gift it.

He comes back to talk about his career. He says that he usually receives a lot of calls from directors and once he reveals the family he comes from, they would ask him come and wait and would reject him. When it continued to happen, he began to doubt himself and his inferiority complex grew. He cries talking about how his wife, says that she is a best critic for him. He also says that she would’ve been a better wife for someone else and he always regrets that. Every morning he wakes up with regret thinking that he couldn’t do much to his wife.

They were happy for ten years and wanted to have kids only when they had a feel that they would be better parents. Today, they have a daughter and she is more like his mother now. He might not be the best husband but is trying hard to be a better father. Akshara hugs him immediately.

Later, he continues to say that he had signed a film before Ramanujam but it went to someone else’s grandson. He says that it is the biggest disappointment in his life. His life could’ve been different if that film came out. He says that he had challenged himself that he would grow in such a way that the same director would call him to do a film.

Nadia asks Bigg Boss to allow her to leave that emoji section blank. She says that this story has an emotional connect to her as it reminds of her life. Thus, she doesn’t want to give dislike(there is no like or heart emoji left) to him. Abhinay says that it doesn’t matter as she had revealed it directly to him. She hugs him.

Akshara then appreciates Abhinay for being honest while telling the story. She says that she is very impressed by the way he is looking forward to life rather than sitting and crying about the past. She assures him that he is the best father.

Priyanka says to Imman Annachi, Madhumitha and Isaivani that she would nominate only those who are here without any goals. She would not nominate those who are competitive as she wants competition in the house.

Nadia talks about her story. She reveals that her real name is Aru Jayalakshmi. Nadia Chang is the name that came after her marriage.

She comes from lower middle class family and never even seen a bed in her life until her teenage. Her father was into alcohol and her mother was a domestic abuser. She used to beat all her children. Nadia couldn’t pursue her studies because of lack of money. In a hotel, she began to work as domestic help when she was very young.

During that time, she met her future husband. He had seen her in the hotel and once when her mother was beating her. He had approached her to marry as well.

She had asked him to talk to his mother and he did. He was the first man to raise his voice before his mother. After a lot fight, they went out of the house to marry. Her mother had cursed them as well. The couple then began their life and did every single work they could. Once a friend helped her out by finding a job in a big company. Since then, her life had changed. Today, she is in Bigg Boss house because her husband had asked her to. She says that she would die if anything happens to her husband and ends the story with a tribute to him.

Pavni and Imman Annachi were seen talking about the stories of contestants and how Nadia’s one had impacted Imman. Pavni says that she couldn’t connect with Varun’s story but liked the way Ciby ended his story with a comedy.

Thamarai Selvi enters. Pavni says that she didn’t understand Thamarai’s story at first. Then Thamarai continues to talk about how none of her dreams has come true so far and one of her major dreams is to buy a gold thali of certain sovereign. Pavni and Imman assures that she would buy it once she goes out of the house.

Priyanka, Abhishek and Niroop talks about how Imman Annachi doesn’t really like Priyanka. She recalls how he had given dislike to her.

Thamarai lies down in the bean bag and accidentally sleeps and we hear dog barking.

Ciby reads the order from Bigg Boss. Since tomorrow is Vijayadhasami, Bigg Boss ask contestants to do and learn something new. Thus, he asks to do a drama show. Thamarai Selvi will lead the drama while Priyanka will host it.

Raju and Thamarai sits down to write the script for the show while others help. Priyanka sits out saying that too many cooks would spoil the broth. She says that everyone is telling their own story there and nothing really is going to work out.

Iyakki Berry prepares a rap lyrics and practices with Niroop. Priyanka is seen singing a song while Imman Annachi explains Madhumitha her work.

We then see Suruthi, Pavni and Isaivani talk. Pavni asks Suruthi to finish up all the work by night itself as tomorrow morning they would be busy. Isai says that she is ready to help them out. Pavni says no for that, telling that a few contestants are giving her a look for taking a break for a meal or two.

She says that her work doesn’t get recognized considering she works from early morning until night. She then says that putting tea, omelette and serving meal alone is not cooking work and there is more. She seems pretty annoyed and says that she wants to directly talk to those contestants. Isai encourages her to talk to them to clear things out.

Later, Abhinay tries to console Pavni. He blames her for taking up all the jobs and allowing others to be free. She says that even that doesn’t bother her but none of the contestants, other than one or two, cares whether Suruthi and her had eaten or not. She says that since they are the one who cooks for all, they deserve it.

We then move to dining room where all the contestants were seen practicing. Abhinay says that he is very nervous and we get to see Raju practicing the opening line. With that the day ends. 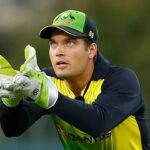 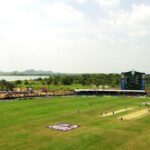