Day 46 of Bigg Boss 5 Tamil with Varun giving a task to everyone. He calls everyone to the garden area and asks everyone to drink water from their bottle and they must finish the bottle fully. The first three contestants to finish it up can use the restroom for free for five times in the day. Others must get his permission to use the restroom.

Right before the beginning of the task, Niroop doesn’t have his bottle and is reluctant to get it from inside. Niroop is not ready to do the task. Varun asks him to leave if he wants to and orders that it is his week of control. Niroop leaves the place.

We then see Raju following Priyanka as the part of the mirror round. Priyanka and Iyakki hugs and dances; their mirror images- Raju and Imman Annachi follow the same as well.

We then see Imman Annachi talk about Iyakki Berry.

-She is the same to everyone
-She wants love in her life
-Nobody hates her
-She is more of a reflection. She reflects on what others give to her

Iyakki begins to cry as Imman talks and she, in emotion, leaves Imman’s hands to get the tissues. As a result, she had lost a badge to Imman.

Varun then talks about Niroop
-He recaps how the fight started between them.
-Since he had targetted him during the balloon task and then the doll task, he has to repay things.
-He questions what he thinks of himself as he had avoided doing tasks multiple times.
-He questions his attitude as well.

Later, Priyanka and Niroop; Raju and Varun discuss what had happened. Raju says that he had put forward his points well. Priyanka says that she will not support him in this as he did avoid doing tasks.

We then see a Bigg Boss task. There is a sumo-like ring. Two contestants from each team must participate in this. There will be water balloons on either side. The participants must throw the balloon and breaks it on each other. The one who had broken more balloon by hitting on their opponent is the winner of the task.

The four participants are-
Pavni vs Akshara
Varun vs Niroop

Pavni and Niroop wins the task.

We then see Akshara talk about Pavni
-She says that Pavni is very smart and knows her game well
-She is also loud, knows to put her point forward very well.
-However, she hates how she goes and calls everyone as darling and other such words even while fighting with them.
-She calls her fake
-She says that she doesn’t understand how she could fight with someone she says that she loves.

Pavni later says that she is not annoyed by what Akshara had told as she expected more from here.

Later, she couldn’t find any more points. She shouldn’t move until the buzzer. Therefore, she begins to sing songs.

The song certain words annoy Isaivani. The latter fights with her for singing songs as she feels that it was sarcasm. Thamarai says that it was not intentional but Isai doesn’t believe the same. Raju jumps in to support Thamarai, she shouts at him as well.

The housemates discuss the incident. Raju, Imman talks to Thamarai while Akshara and Abhinay console Isaivani.

Nippon Paints send cake to a few contestants who had escaped nomination this week. 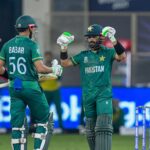 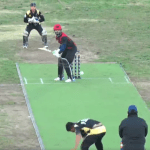